Mrs. Jessie Nell Buckley 66 of Center passed away Tuesday at Nacogdoches in the memorial Hospital wake will be held on Friday from 7-9 at the Community Funeral Home Chapel in Center, Texas.  Funeral service will be held on Saturday at 2:00 p.m at the St. Paul Missionary Baptist Church in Center, TX.  Interment will follow at the Westview Cemetery in Center, TX with Pastor Freddie D. Wilson.

She is survived by:

He is survived by: 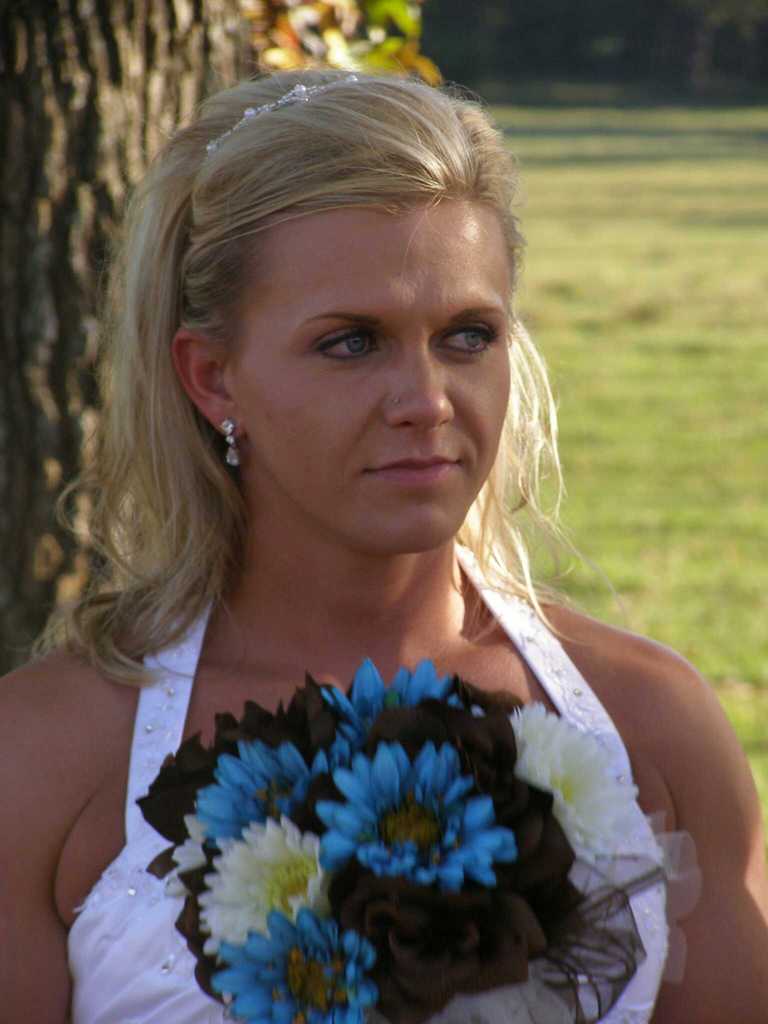 Cassie Daynell (Faussett) Bates, 31, of Frisco formerly of Timpson, passed away Friday, July 22, 2016 in Frisco.
Memorial Service will be 4:00 p.m. Friday, July 29, 2016 at Mangum Funeral Home Chapel with Bro. Chris Welch officiating. Visitation will be one hour prior to service at Mangum Funeral Home Chapel.
She was born to October 16, 1984 to Jimmy and Pam Faussett.
She is survived by:
Husband:
Elton Bates of Frisco
Parents:
Jimbo & Pam Faussett of Timpson
Brother:
Jeremy Hammers of Timpson
Niece:
Hailey Hammers of Timpson
Numerous Aunts, Uncles, Cousins & Friends
Chris Furlow, 54, of Huxley, passed away Saturday, July 23, 2016 at Pine Grove Nursing Home.
Services will be 10:00 a.m. Tuesday, July 26, 2016 at Mangum Funeral Home Chapel with Bro. Wes Hall officiating. Burial will follow at Strong Cemetery in Huxley with military honors to be given by the US Navy. Visitation will be Monday, July 25, 2016 from 5:00 p.m. until 8:00 p.m. at Mangum Funeral Home.
He was born October 28, 1961 in Harris County, Texas to L.C. Furlow and Wanda (Rivers) Furlow. He served in the US Navy for 4 years. He worked for Tyson for many years as an electrician.
He is preceded in death by his parents, L.C. & Wanda Furlow.
He is survived by:
Brother & Sister-in-law:
Kenneth & Cindy Furlow of Huxley
Sister & Brother-in-law:
Vicki & Curtis Cooper of Huxley
Nephew:
Lance Furlow of Huxley
Numerous family & friends
Pallbearers will be Chris’s dear friends 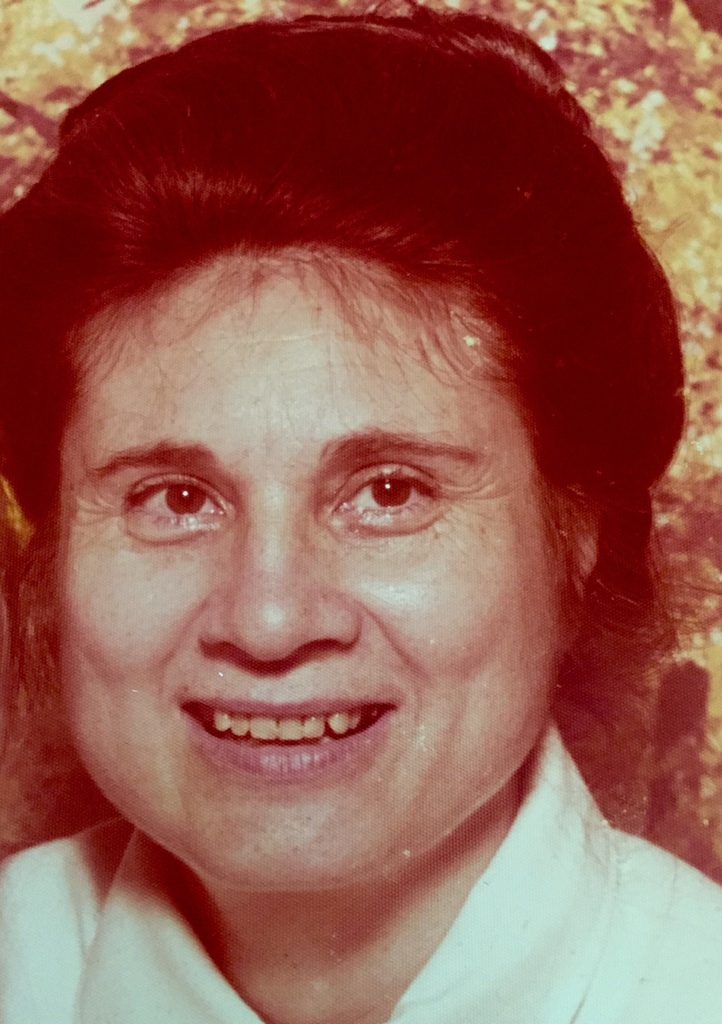 Lois (Starr) Duncan, 86, of Columbus, MS passed away Sunday, July 24, 2016 at New Horizons Nursing Home in Columbus, MS
Graveside Service will be 10:00 a.m. Thursday, July 28, 2016 at Duncan Cemetery in Shelbyville with Bro. Danny Lewis officiating. Visitation will be one hour prior to the graveside service at the cemetery.
She was born April 24, 1930 in Willis, VA to Orin and Etta (Sutphin) Starr.
She is preceded in death by her parents, Orin and Etta Starr and husband, James Duncan.
She is survived by:
Daughter:
Joanne Beall & husband, Alan of Columbus, MS
Granddaughter:
Lauren Beall
Sister:
Bobbie Hall
Numerous Nieces & Nephews 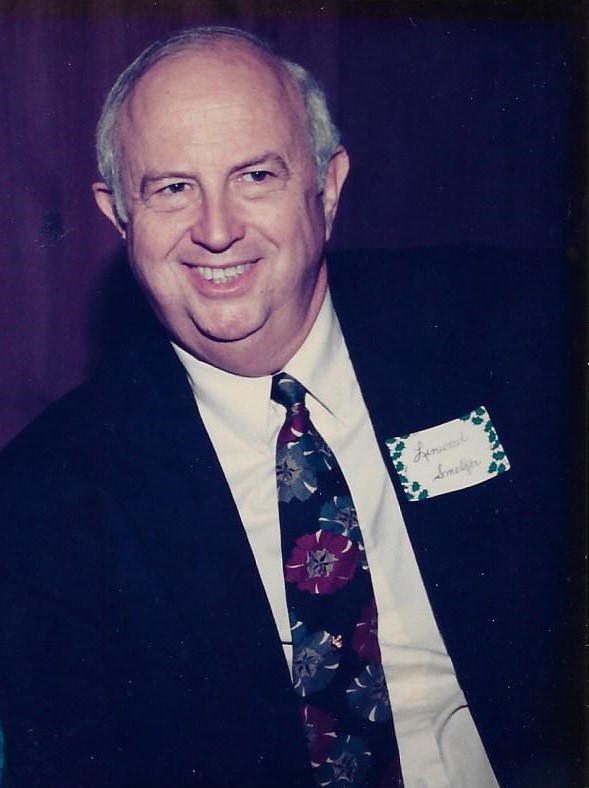 IN LOVING MEMORY OF RAITH LYNWOOD SMELSER, JR
Raith Lynwood Smelser, Jr of Center, Texas, died peacefully at his home on Saturday, July 23 surrounded by his loving family, friends, and dog, Peaches. Lynwood was born January, 24, 1936 in Ringgold, Louisiana. After graduating from Minden High School (class of 1959) he entered Louisiana Tech University in Ruston, Louisiana to pursue a degree in Civil Engineering. Upon graduation he went to work for the U.S. Forest Service.   In 1976 he became manager of a cooperative project between the Forest Service and NASA. He worked closely with NASA and the Apollo astronauts on this project. Then in 1976 he was selected to manage a 170,000 acre area called Land Between the Lakes for the Tennessee Valley Authority. Lynwood retired from Federal service in 1992 and moved to Center. Retirement never lasted long as he became engineer for Brown Builders in Shreveport, Louisiana on contracts for Barksdale Airforce Base. Lastly he became a consultant for Wheeler Law Office where his work with riding lawnmower cases involving small children became a job that he was most proud of. Helping families cope with the loss of children in these cases became his passion. Lynwood was also a recognized hunter, fisherman, and craftsman of hunting knives. He was the owner of Delta S Engineering and served on many National Boards during his career.
Preceded in death by his mother Catherine Smelser and father Raith Smelser, Sr and stepmother Sara Smelser. He is survived by his wife of 57 years, Betty O’Donnell Smelser; son John Ryland Smelser of Center; son Mark Raith Smelser and wife Mandy Vickery Smelser of Troup, Tx; Grandson Jake Raith Smelser of Troup, Tx; and step-sister Susan LaFitte of Shawnee, Ok. Also sister-in-Laws Gene Albright of Longview and Kathryn Axen  and her husband and Lynwoods best friend Albert Axen of Center. Numerous nephews and a very special niece Ava Axen who lovingly became one of his caregivers. His life was also filled with memories of many special friends where ever he lived.
Lynwood was a very intelligent individual who always could answer the most complex question with ease. Whether speaking to a convention of thousands or a group of few, he was always using his experiences in life to relay a special message. His greatest life accomplishments were his family and making sure they were happy. He was most happy when he was with his grandson Jake, watching him grow and learn how to fish, hunt, and play golf. If he could talk to us today he would say, “John it is ok, I am at peace.”
The family would like to give a special thank you to Dr. Jane Todd, Sara Lloyd, and devoted friend Don Weaver.
A memorial celebration will be held later as Lynwood requested cremation. In lieu of flowers memorials can be made to the First United Methodist Church in Logansport, Nursery Fund – P.O. Box 177,  Logansport, Louisiana 71049. Funeral arrangement are under the direction of Mangum Funeral Home.
You may sign the online registry book at www.mangumfuneralhome.com
Services are under the direction of Mangum Funeral Home Center, Texas
Rodney Lynn Emmons, 58, of Center, passed away Thursday, July 21, 2016, in Nacogdoches.
Graveside service will be held at 10:00 a.m., Saturday, July 23, 2016, at White Rock Cemetery in Center.  Visitation will be held prior to the service at Watson & Sons Funeral Home, beginning at 8:30 a.m.
Mr. Emmons was born April 15, 1958, in Center, to J. L. Emmons and Carolyn Sue Patterson Emmons. He never met a stranger and loved everyone.  His love for God was unconditional.
He is survived by
Father: J. L. Emmons
Sister: Pam Bolton and husband, Billy
A host of nieces, nephews, other relatives and friends
Preceded in death by
Mother: Carolyn Sue Emmons
Grandparents: Beulah B. Patterson, Leland and Johnny Lou Emmons
In lieu of flowers, the family requests that donations be made to assist with final expenses. 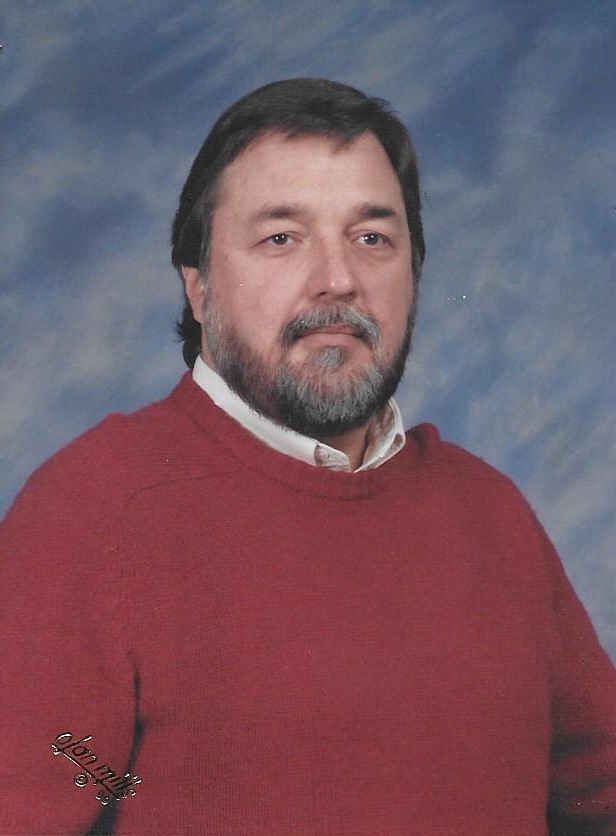 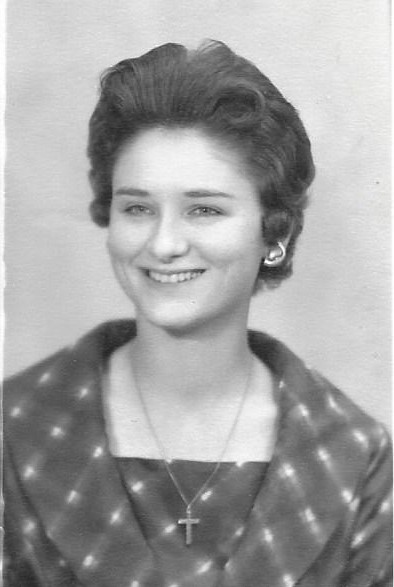 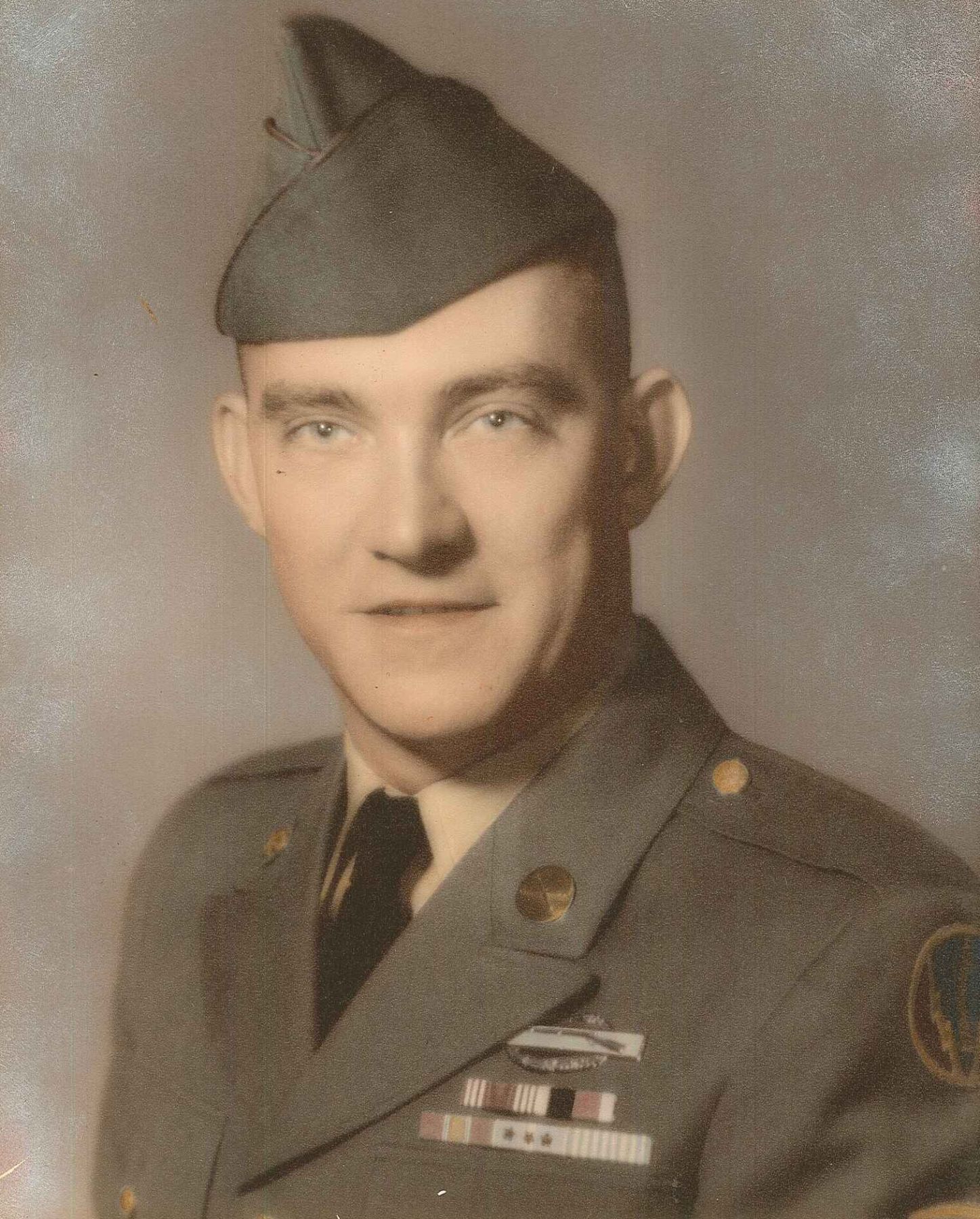 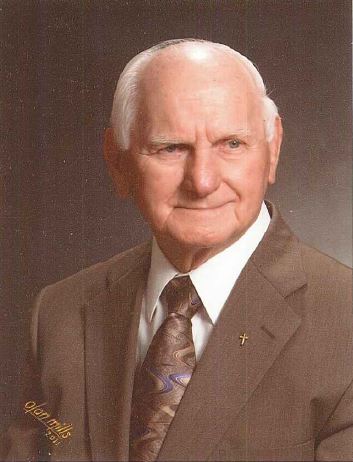 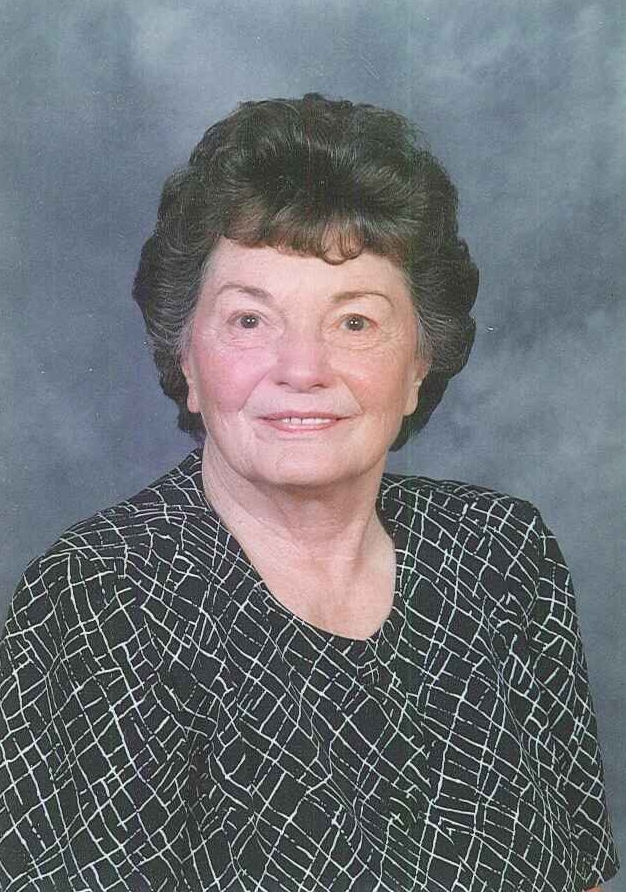 Graveside service will be held at 11:30 a.m., Friday, July 8, 2016, at Old Salem Cemetery. Visitation will be held prior to the service at Watson & Sons Funeral Home, beginning at 10:00 a.m.
Ms. Curry was born March 19, 1959, in Amarillo.  She loved scrapbooking and photography.
She is survived by
Son: Steven Turner and wife, January Nicole, of Center
Grandchildren:
River LeeAnn Turner of Center
Christopher Jordan Turner of Center
Sister: Penny Almaraz and husband, Domingo, of Center
Nephews:
Michael Lynn Johnson of Center
Mitchell Johnson of Center
Eli Almaraz of Center
Special Friend: Steve Tomlin of Center
Numerous other relatives and friends
Preceded in death by
Mother: Sharon Cockrell
Grandparents: Leonard and Uzetta Hicks
Aunt and Uncle: Sandy and George Davis
Pallbearers will be Steven Turner, Lynn Johnson, Donald Hicks, Jordan Turner, Mitchell Johnson and Leonard Hicks.
Eleanor Jean Adams, age 66, of Center, passed away July 4, 2016 after a brief illness.
A graveside memorial service is planned for Wednesday, July 13, 2016 at 10:00 a.m. at Oaklawn Memorial Park in Center.
Eleanor was born March 23, 1950, in Center.  Eleanor was a registered nurse for many years and enjoyed helping people, whether it was on her rounds at the hospital, or lovingly and generously caring for her family and friends.  She loved to laugh and all who knew her will miss her sense of humor and easy smile.  She loved animals and had many pets – her “babies” – throughout her life, and although she had no children, she had a niece and three nephews whom she loved and doted on as if they were her own.
Eleanor is survived by her brother and sister-in-law, Franky and Jerilyn Adams of Center; three nephews and a niece, Jeff Adams (and wife, Shauna) of Center, Jason Adams of Galena Park, Justin Adams of Universal City, and Jennifer Adams of Center; great-nephews and great-niece, Josh Stephenson, Elena Adams and Jonas Bushiey, all of Center; many special cousins, including Sue Jansen, Tammy Lewis, Ashley Lewis and Jimmy Rhame of Center; and a number of other family and friends.  She is also survived by her beloved miniature schnauzer, Reina.
She was preceded in death by her parents, Charlie and Billie Moore, and her brother, Billy Clyde Adams.
In lieu of flowers and other gifts, the family requests that donations in her memory be made to your local animal shelter or humane society.

Christine Garrett age 48, of Center passed away on Sunday 3rd at her home.  Services are still pending. 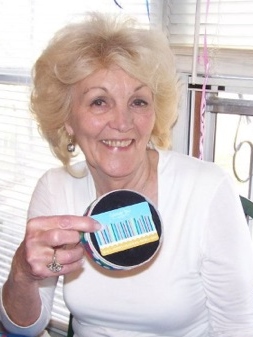