HE WAS PRECEDED IN DEATH BY HIS PARENTS, HOWARD & WILLIE MAE KILCREASE; BROTHERS,

Arrangements under the direction of

Graveside service will be held at 2:00 p.m., Sunday, December 31, 2017, at Restland Cemetery in Tenaha with Bro. Gordon Vaughn officiating. Visitation will be held prior to the service, beginning at 12:30 p.m. at Watson & Sons Funeral Home in Center.

Mrs. Meurer was born March 28, 1928, in Ft. Worth, to Joseph Hank Smith and Opal Irene Moorehead Smith. She was of the Baptist faith.

A number of great grandchildren

AND MANY LIFELONG FRIENDS

IN LIEU OF FLOWERS, MEMORIAL CONTRIBUTIONS MAY BE SENT TO THE ALZHEIMER'S ASSOCIATION AT ALZ.ORG

Arrangements under the direction of 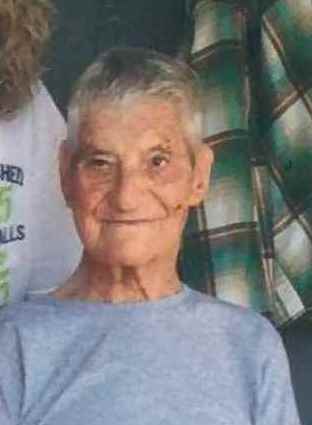 Joe Arthur McCary, 93, of Shelbyville, Texas, passed away on December 26, 2017 in Center. He was born on December 3, 1924 in Shelby County to John and Sarah Chambliss then lovingly adopted by John French McCary and Alice Huntington McCary. Funeral services will be at 2:00 PM on Friday, December 29, 2017 at Mangum Funeral Home Chapel with Bro. James Risinger and Bro. Son Windham officiating. Interment will follow at Rather Cemetery.

After serving in the United States Army in World War II, Joe moved to Houston working for the City of Houston water department while also owning and operating McCary Furniture and Appliance. After retiring, he came back to East Texas and settled here with his family. He was one of the hardest working men around. He was the owner of Patroon Concrete and took great pride in his work. Joe was also a lover of people and people loved him equally in return. He enjoyed visiting with anyone that wanted to take the time to talk. On any day of the week, you could stop by and find Joe in the front porch swing or walking in the pasture. Those peaceful moments outdoors were some of his favorite. Baby and Bitty, his sweet feline friends, were sure to be close to his side. Joe was known for being a great craftsman, and he loved traveling to flea markets to sell his creations, especially his swings. Joe was a good provider for his family and made sure they had whatever they needed.

He is preceded in death by his wives, Martha Luman McCary and Mildred Chandler McCary; parents, John and Alice McCary; and four brothers.

Memorial contributions may be made in his name to Rather Cemetery. The family is being served by Mangum Funeral Home in Center. To send condolences or to sign an online register, please visit www.mangumfh.net.