Posted About One Year Ago by Press Release

Around 3:12 a.m. this morning Nacogdoches Police Officer Jake Taylor was driving in the 1800 block of North St when he observed visible flames coming from an apartment building.  Officer Taylor requested immediate assistance and all available police officers and fire crews with the Nacogdoches Fire Dept. responded to the scene and began evacuating people from apartments. 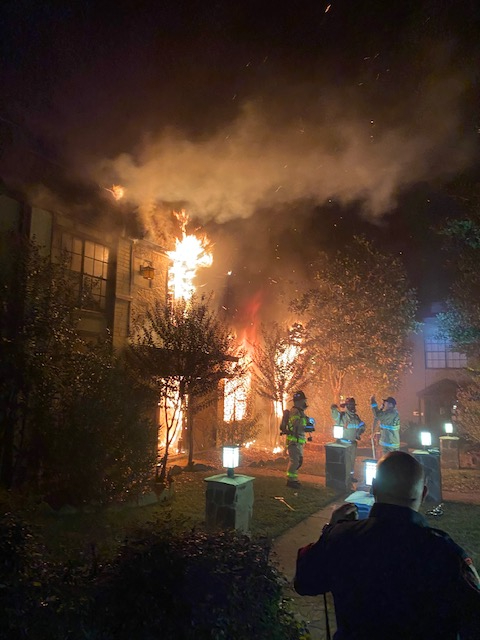 The Investigators with the Nacogdoches Fire Department have determined the cause of the fire was food being cooked and left unattended.  The resident advised he awoke to his smoke alarm going off and was able to get out of the apartment.

There were multiple apartments that were completely burned and numerous residents have been displaced.  Due to the quick response of first responders only one person was transported to a local hospital with minor injuries.  The Stephen F. Austin Police Dept. assisted in transporting residents that needed a place out of the weather.  The Red Cross is assisting residents affected with housing at local hotels.

The City of Nacogdoches would like to thank all the different agencies that responded to help those in need.