Posted About Two Years Ago by Press Release

On November 22, 2019, the DeSoto Parish Sheriff's Office Warrants Division were working active warrants on Joshua Cody Monk at a residence in Mansfield, La.  At the time, Monk was being sought on warrants for Domestic Abuse Battery with Child Endangerment and Simple Criminal Property Damage.  Deputies were able to take Monk into custody at which time they also observed suspected marijuana, drug paraphernalia and firearms in plain view. 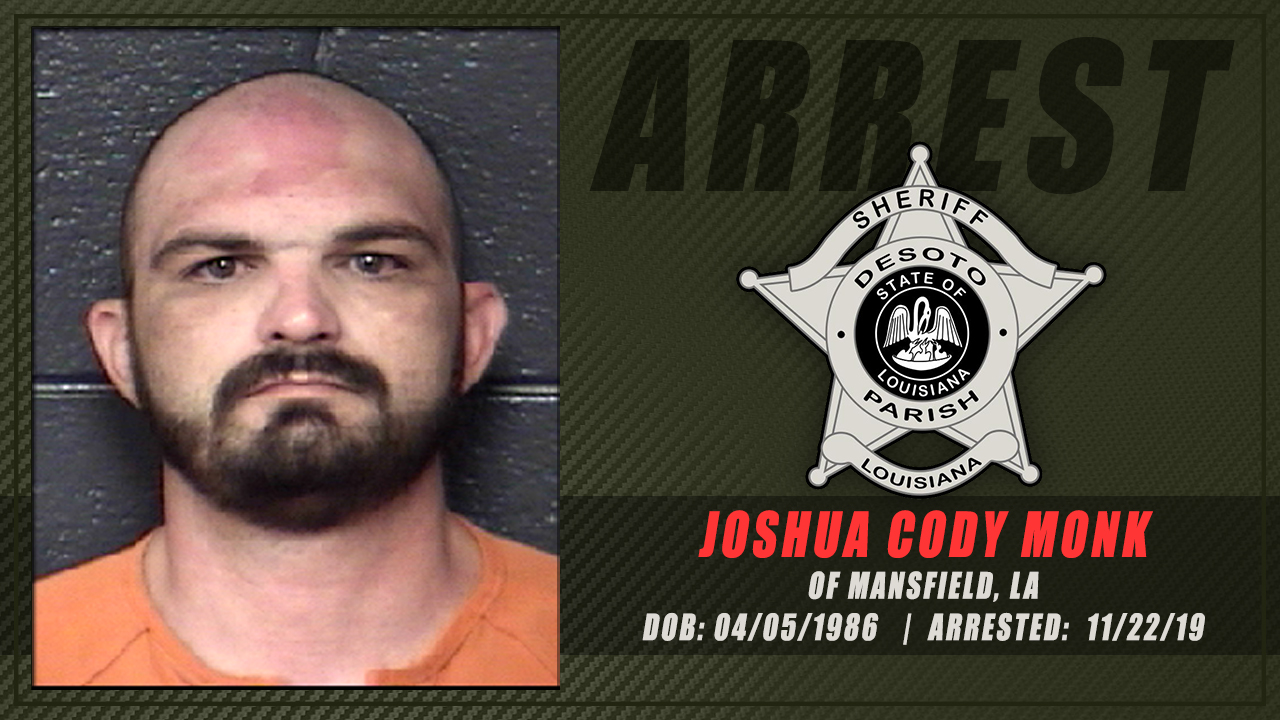 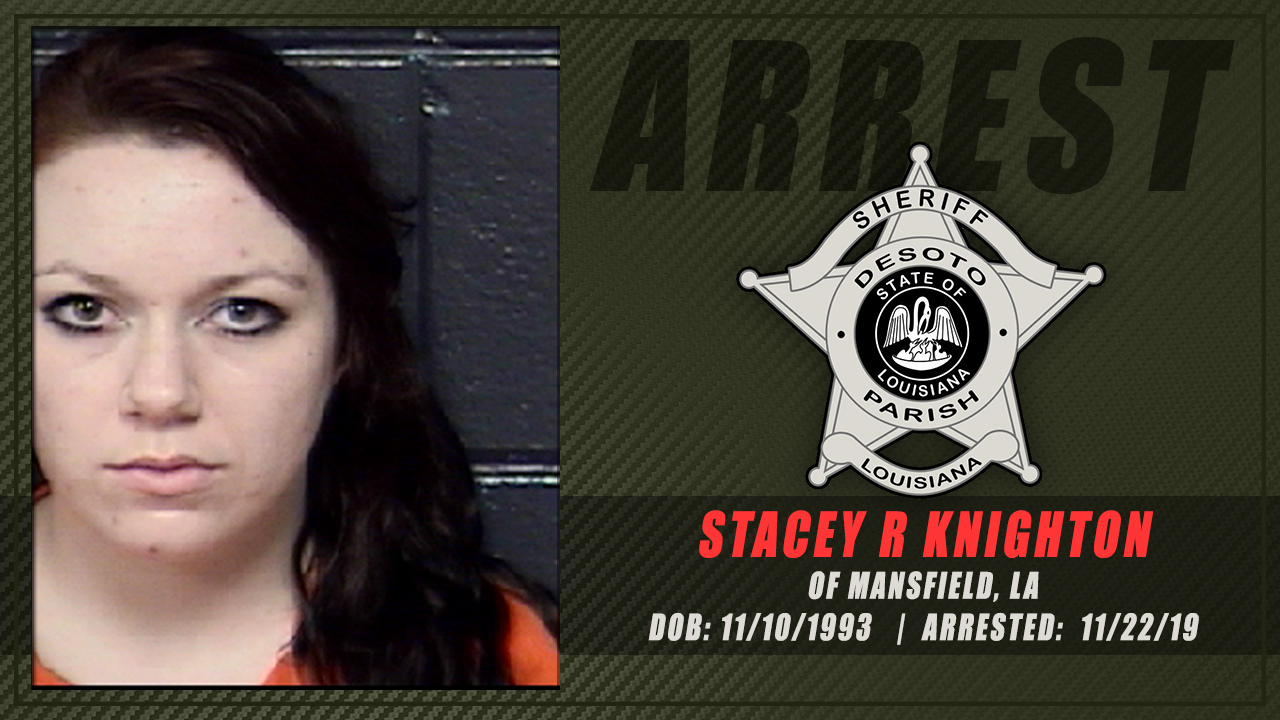 The DeSoto Narcotics Division was dispatched to the residence, a search warrant was obtained, and a search began.  During the search narcotics agents located suspected methamphetamine which was packaged for sale.  Scales, baggies, and three firearms were also located.  Joshua Monk and Stacey Knighton were taken into custody and transported to the DeSoto Detention Center.  They were booked on the following charges: