Posted about one year ago by Tad Bailey

TAGHS Hears The History Center's Archivist Emily Hyatt
“The women are there, you just have to look a little harder to find them when doing
genealogical research,” Emily Hyatt, Certified Archivist at Diboll's History Center told the
Timpson Area Genealogical and Heritage Society's August 21st meeting.

“Since there are fewer official records of women's activities” Hyatt said, “ I hope to give
you some ideas about alternative sources of information for genealogists researching
female ancestors.” She also shared a number of vintage photographs from The History
Center's collection, some of which she said were among her favorites.

Located on Highway 59 in Diboll, The History Center began in 1976 as part of the
Bicentennial celebration. In the 1980's the Diboll Historical Society began adding more
collections and oral histories to The History Center. In 1986 the Diboll Historical Society
published a history of Diboll entitled The Cornbread Whistle. Established as a company
town by Thomas L. Temple's Southern Pine Lumber Company in 1894, Diboll's economy
has always been based upon the sawmill Temple built there. “Mr. Temple said he didn't
want to 'cut out and get out' but rather, to establish a town which would last. To that end,
he made sure the town had a public library, a variety of churches, and more amenities than
usual for a small East Texas town.” 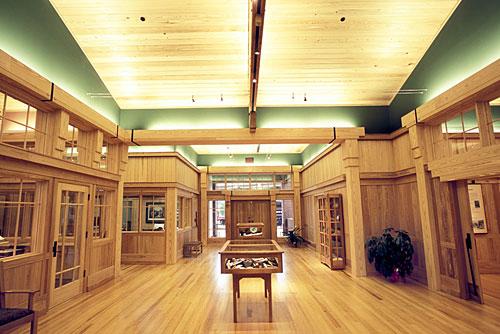 Every day at 11:15 AM the mill blew a steam whistle which could be heard all over town.
Over the years, the reason why the whistle was blown every morning was lost and one day
the mill management decided not to blow it. “When the workers got home for lunch they
found that it wasn't ready because the homemakers used the whistle to know when it was
time to put the cornbread in the oven,” Hyatt relates. Now known as “The Cornbread
Whistle, it can be heard each weekday at 11:15.

“Our goal is to collect, preserve, and make available the history of Diboll, Angelina
County, and the surrounding area, which means we hold collections relating to the timber
industry, cities in the area, counties, local organizations, and families.” said Hyatt. “We
have permanent exhibits on lumber camps, boxcar houses, and education as well as other
collections which change periodically. For example, we had an exhibit commemorating
the end of World War II which told the story of the war from a local perspective and
featured items provided by local residents.”

A popular exhibit not in the museum but on the grounds is a 1920 steam locomotive with
log car and caboose which once hauled logs to the mill. “Children who visit the museum
are often disappointed to find that the locomotive doesn't move but we do have the whistle
connected to an air compressor and visitors can sound it. We also have exhibits in the
caboose,” she said. 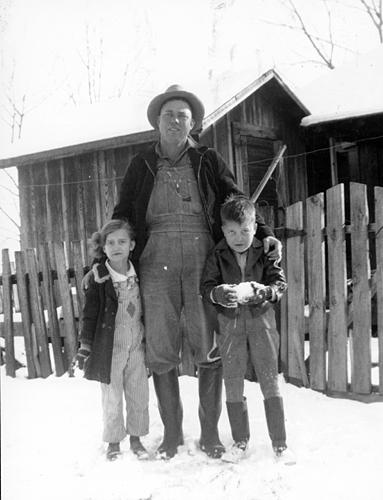 “All of the plants on the grounds of the museum are native not just to East Texas but to our
area. We worked with the Native Plant Center at Stephen F. Austin State University to
ensure that we got it right,” continued Hyatt. “We soon will have bright red cardinal
flowers blooming and in the spring we have native cornflowers. Our grounds are a

showplace for what can be done by landscaping with native plants.”

The museum features a 2000 square fool climate-controlled vault for the preservation of
photographs and records which have been donated. “We have archives of the Lufkin Daily
News and the Diboll Free Press, neither of which is available online. We also have the
records of The Southern Pine Lumber Company, Lufkin Foundry, and many local
businesses which no longer exist,” she added. She explained that frequently the records
they receive are dirty and in disarray and must be cleaned and organized in their
processing area prior to being archived, a process that can take years for some of the
largest collections they receive.

“In the past, women had official roles in society and government much less often than they
do now, so the records of their lives are harder to find. However, I am less interested in
what people did than who they were, and that is where we find women's contributions
reflected,” Hyatt revealed. Census records reveal how many children a woman had,
although there are frequently errors. “Funeral home records are great for names and dates
as well as who paid for a funeral, who performed a funeral, and church affiliation. We
have all of the old records from Gipson Funeral Home of Lufkin.”

“Church records are a valuable source of information on women because women were
always involved in church life. They didn't just attend church, they taught Sunday School,
Vacation Bible School, and sang in the choir,” she said. Sometimes there are photographs
which are valuable sources of information. “Women were usually the family historian,
keeping family birth, death, and marriage records by writing them in the family Bible.”
Since women attended public school and frequently taught school, school records are an
important source of data. The County School Superintendent position no longer exists and
those records, as well the records of small schools which have closed over the years, can
offer a trove of information on our ancestors. The History Center has Angelina County
School Superintendent's records as well as the records of the Diboll PTA, she added.
“Class pictures and old yearbooks are also revealing,” she said. The History Center has a
complete set of Diboll school yearbooks and they are a popular attraction for those who
want to show their grandchildren what they looked like when they were young. 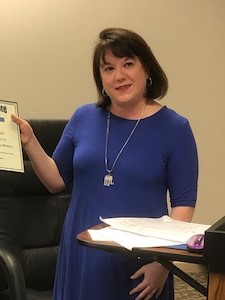 The History Center's collection of records from The Southern Pine Lumber Company,
Temple Industries, and other large employers in the area offer insight into the jobs
individuals held, dates worked, and pay scale. Women made up only a small portion of the
workforce prior to WWII, but that all changed when war came. “Lufkin Industries
manufactured war materiel and women filled the positions previously held by men who
had gone into the military during the war. We have those records,” Hyatt shared. “Most
counties created a book of those who served in the military during WWII and the women
who served are included.”

“Probably the most interesting source for information about women for me is in their club
records”, she revealed. “Women were well represented in service clubs, hobby clubs,
professional clubs, garden clubs, and literary clubs. Angelina County had a Temperance

Society and we have photographs of some of their activities. We also have the records of
the Lufkin County Red Cross, who raised money for refugee relief and made sure that
soldiers who stopped in Diboll on their way to training were given a box lunch,” said
Hyatt.

“Many women kept scrapbooks and they are a unique place to find information,” Hyatt
said. “On that subject, let me remind all of you that someday the photographs you take will
be used by your descendants for information about you. Please be sure to identify the
people and subjects of the photographs! We have thousands of photographs which have
been donated by families who no longer know who the people in the pictures are.”
“I was really excited recently when we received a collection of photographs and letters
from Mr. Shannon Ramsey of Timpson, a member of TAGHS,” Hyatt remarked. “This
collection came from his grandmother, Esther Pennington Ramsey. It is a remarkable
collection of 800 pieces of correspondence written to Mrs. Ramsey, who was born in 1888
and died in 1972. The letters reveal much about Mrs. Ramsey, the people who wrote them,
and life in Texas during the period.” she said. “It is an amazing collection and Mr. Ramsey
had done wonderful job of preparing them for presentation to us.” 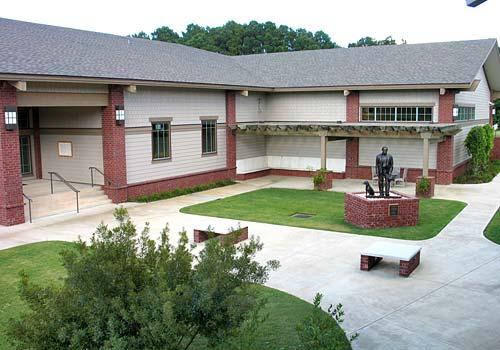 The History Center is located on Highway 59 in Diboll. “We are open 8 to 5 on weekdays
and from 9 until 1 on Saturdays. We have clean restrooms and if you're on your way to or
from Houston we invite you to stop in, look around, and maybe blow the train whistle,”
laughed Hyatt.

The Timpson Area Genealogical and Heritage Society meets at 2PM on the third
Wednesday of each month in the Meeting Room of the Timpson Public Library, located on
the corner of Austin and Bremond Streets in Timpson. The public is invited. The TAGHS
Genealogy Library is located inside the Timpson Public Library and is staffed by TAGHS
volunteers who are available to assist those doing research. The phone number is 936-254-
2966.