On March 22, 2019, at 10 a.m. the local Shelby County VFW Post 8904 and the Women's Auxillary held a wreath laying memorial in honor of those who served in Operation Allied Force in Kosovo in the late 1990s.

The group met at the Veteran's Memorial next to the flag pole at the Historical Shelby County Courthouse square.

VFW Post Quartermaster Larry Hume has the speaker for the event. After the wreath was placed, taps was played and the event ended with the assembled bunch having a group photo taken by the local news media and for VFW publication. 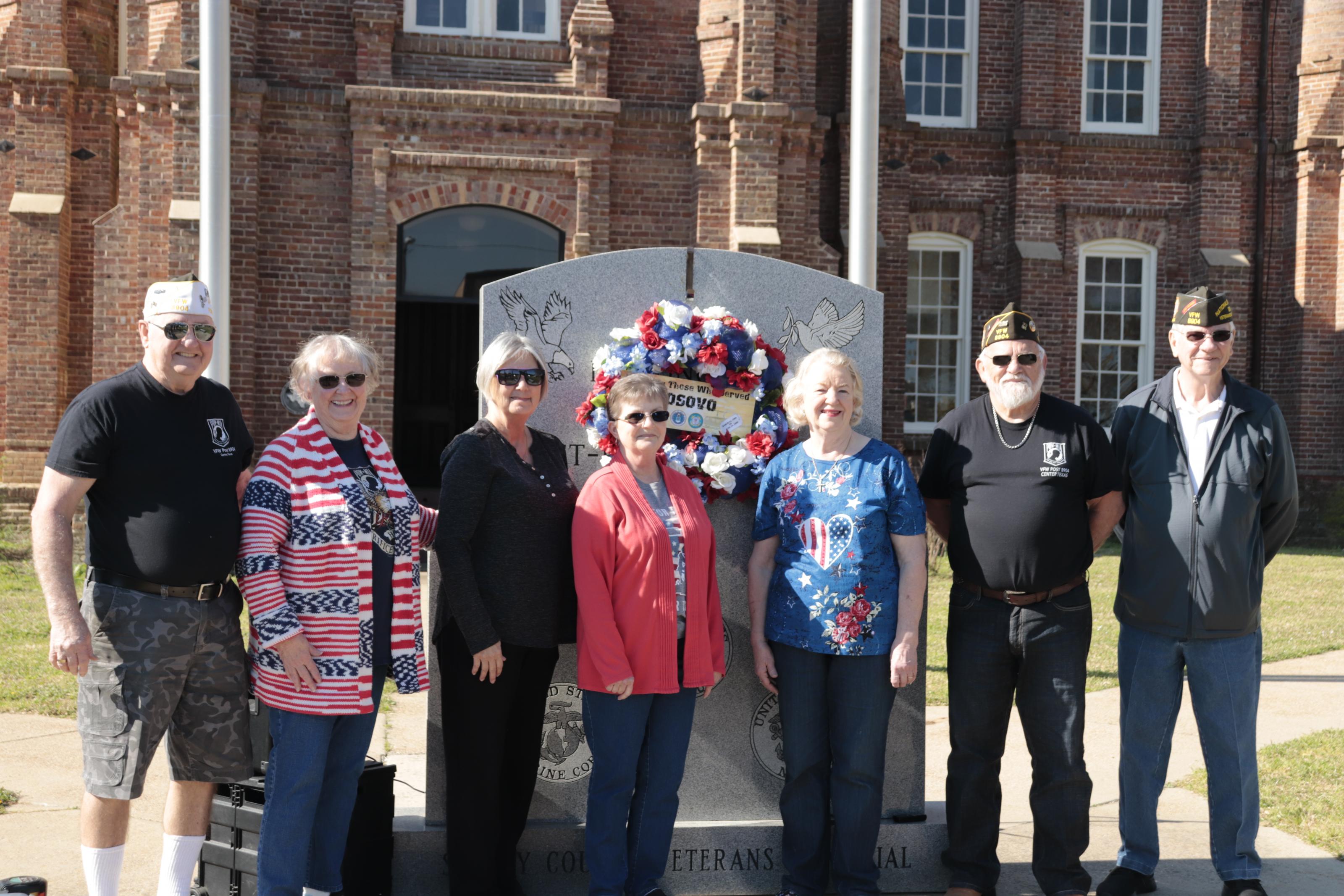