Posted about two years ago by Tom Johnson

Just for the folks North of IH 20 & not expected to accumulate even there.

I just received an email from the NWS and will gain more detail tomorrow during the Weather Briefing. Until then, here is the latest on our continuing rain and a teaser on the snow.

Impacts:  Heavy rainfall may lead to flooding of low-lying and poor drainage areas, as well as flooding of rivers, creeks, and streams.  No impacts anticipated from snow/ice at this time as surface temperatures should mostly be above freezing, we will be monitoring this closely over the next day.

Snow/Ice Accumulation: Little or no snow/ice accumulation along and north of I-20 Thursday night into early Friday morning. 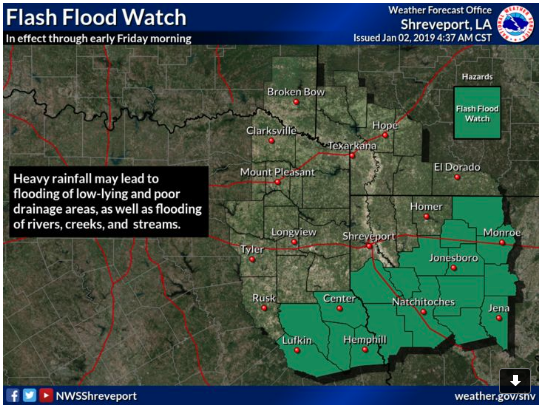