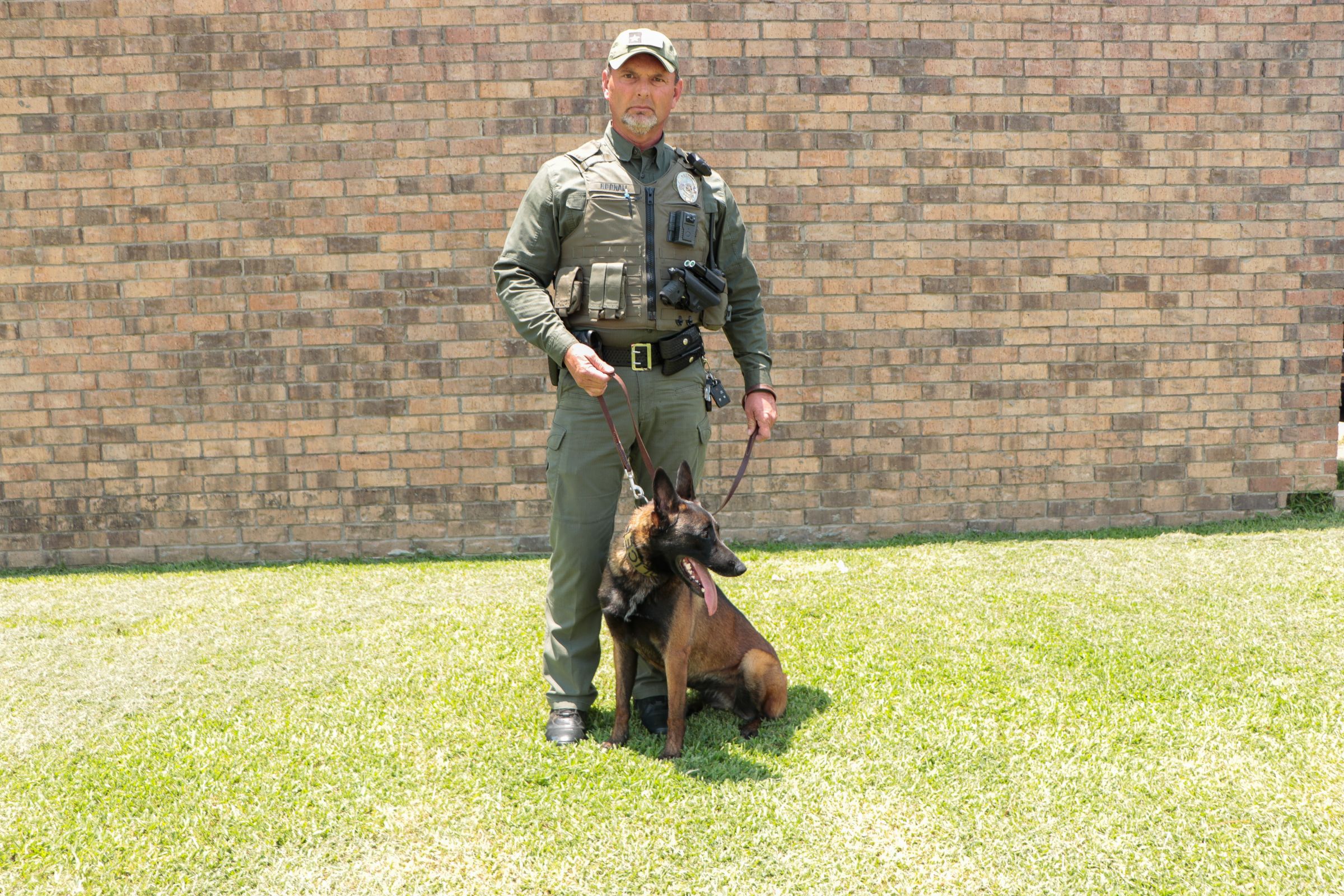 Officer Joey Hudnall and K9 Nyx
The dog named Nyx is a 3 year old female Belgian Malinois and it is trained in narcotics detection and handler protection, this means the dog is not an attack dog but would help defend Officer Hudnall if the situation ever called for it.  The dog has been trained to listen to commands only in German.  This is the third K9 that Officer Hudnall has worked with during his law enforcement career.  The previous dogs were a male Belgian Malinois and a black female Labrador. K9 Nyx is not the Tenaha Police Department’s dog but belongs to Officer Hudnall so he takes the dog home with him when he is off duty .  The State of Texas requires him to keep training records of the K9.  Officer Hudnall is responsible for Nyx’s police training, which he must do every day and keep records on.  In addition Officer Hudnall must pay for all of Nyx’s food, upkeep, and medical expenses. 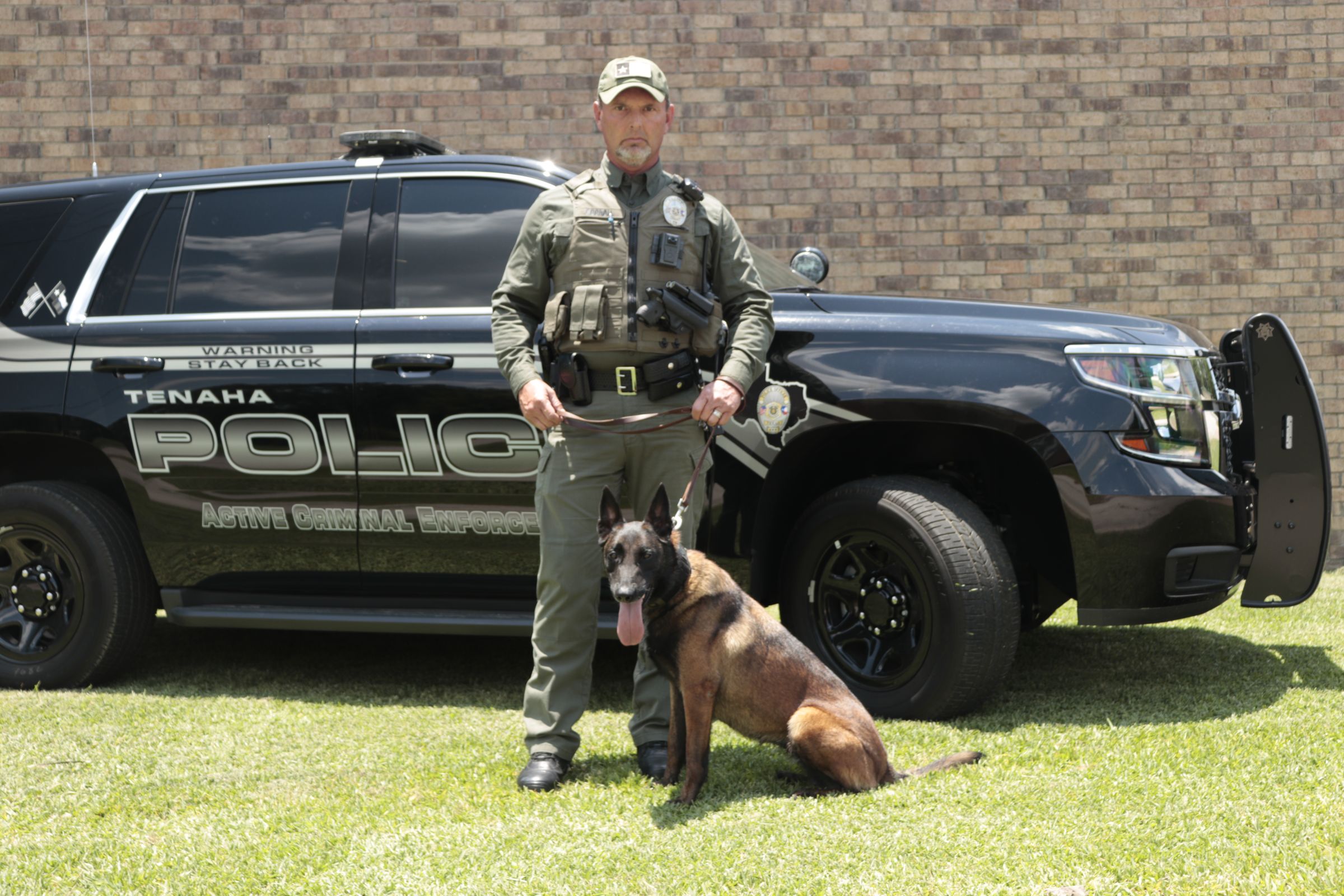 Officer Joey Hudnall, K9 Nyx & Teanaha PD K9 Unit Vehicle
The Tenaha PD also received a new K9 unit vehicle.  The K9 vehicle has a remote door that Officer Hudnall can use to deploy his K9 from the side of the vehicle. 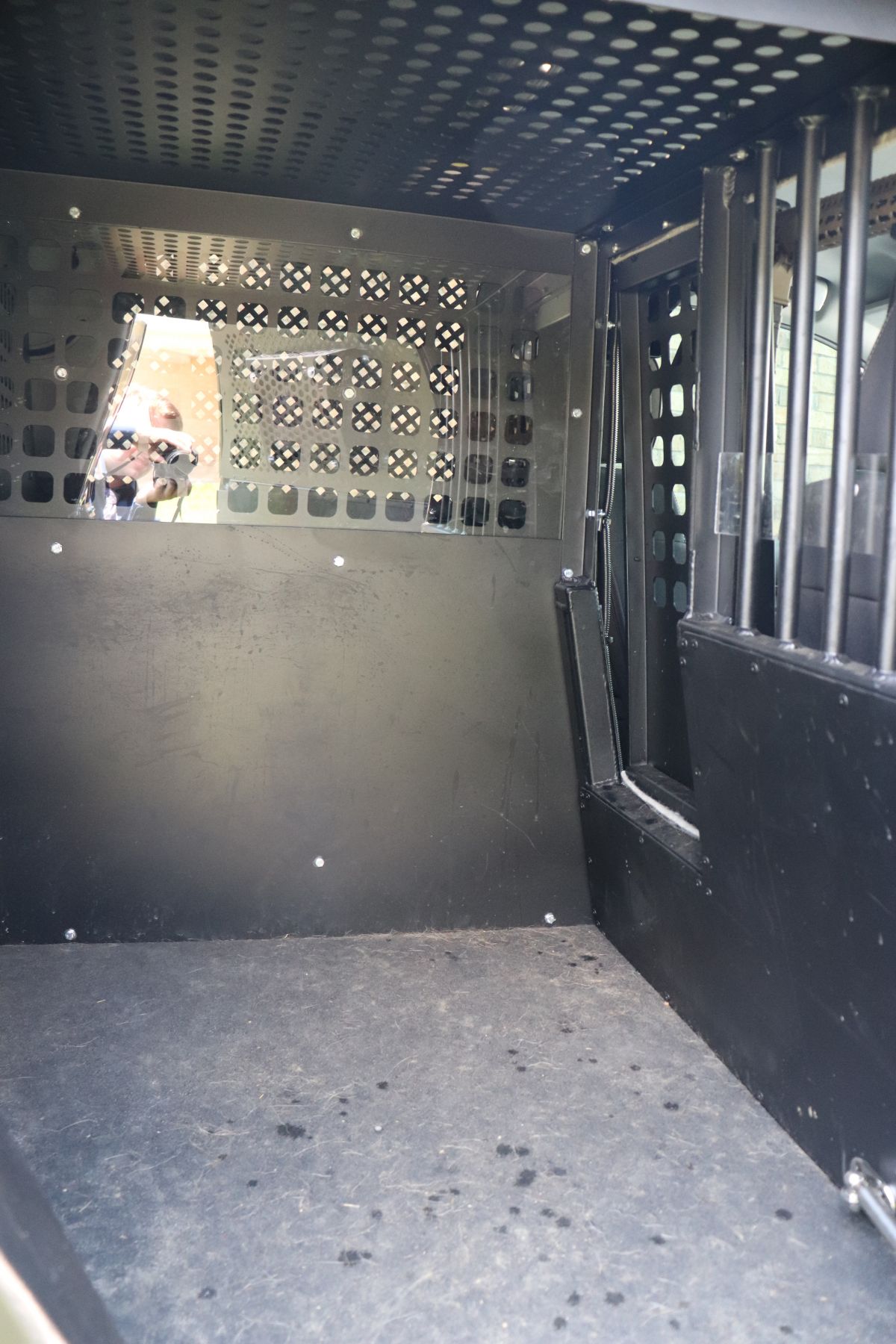 K9 Holding Area
The vehicle also has temperature detection built in, if the digital thermostat reads over 85 degree inside of the vehicle then it alerts Officer Hudnall in a couple ways: the alarm is set off, the horn begins honking. 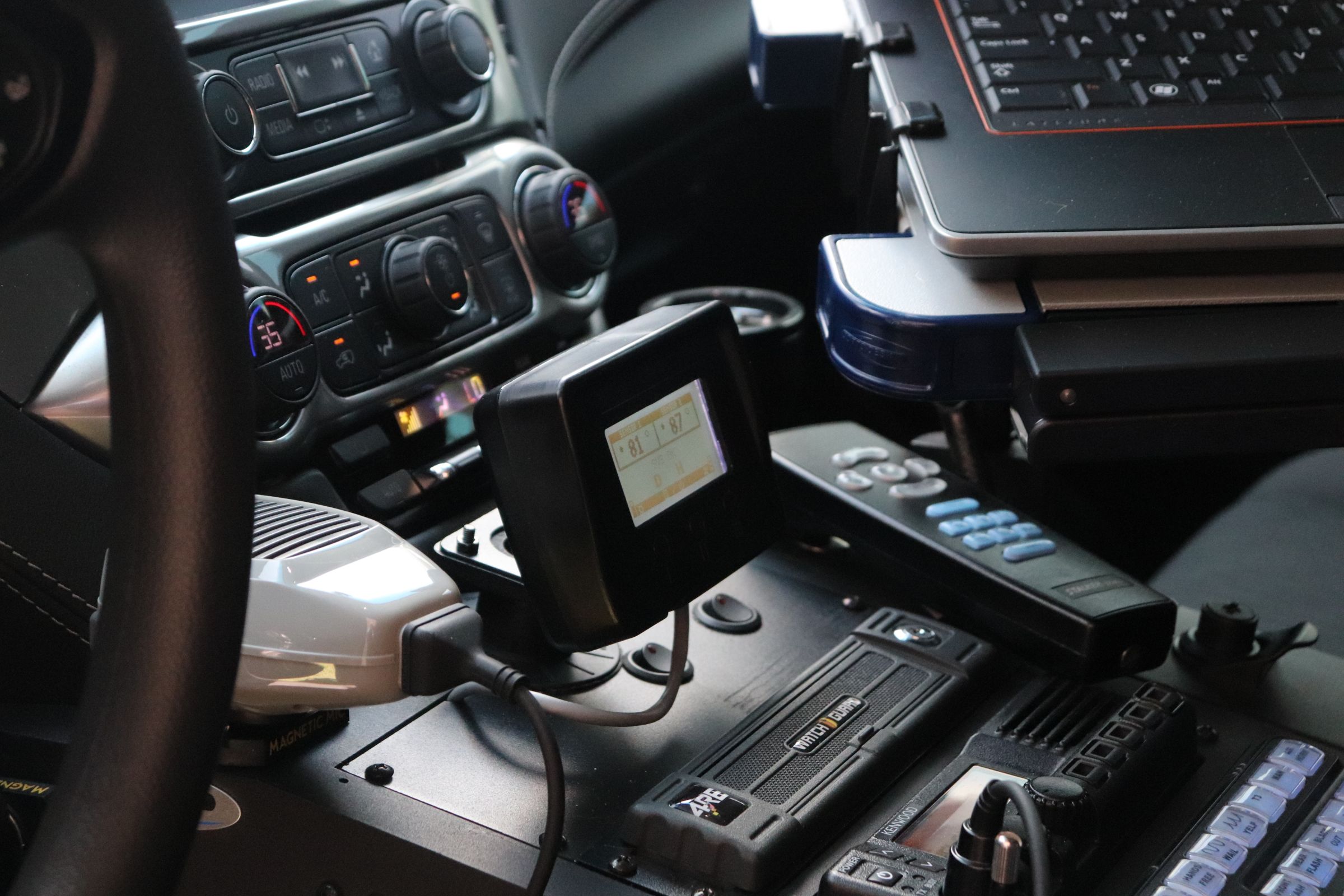 Digital Thermostat
If it get too hot the vehicle also engages a cooling system for the dog.  It lowers the windows and actives built in fans to cool the dog.  The windows do have a cage behind the glass to prevent the dog from jumping out when lowered. 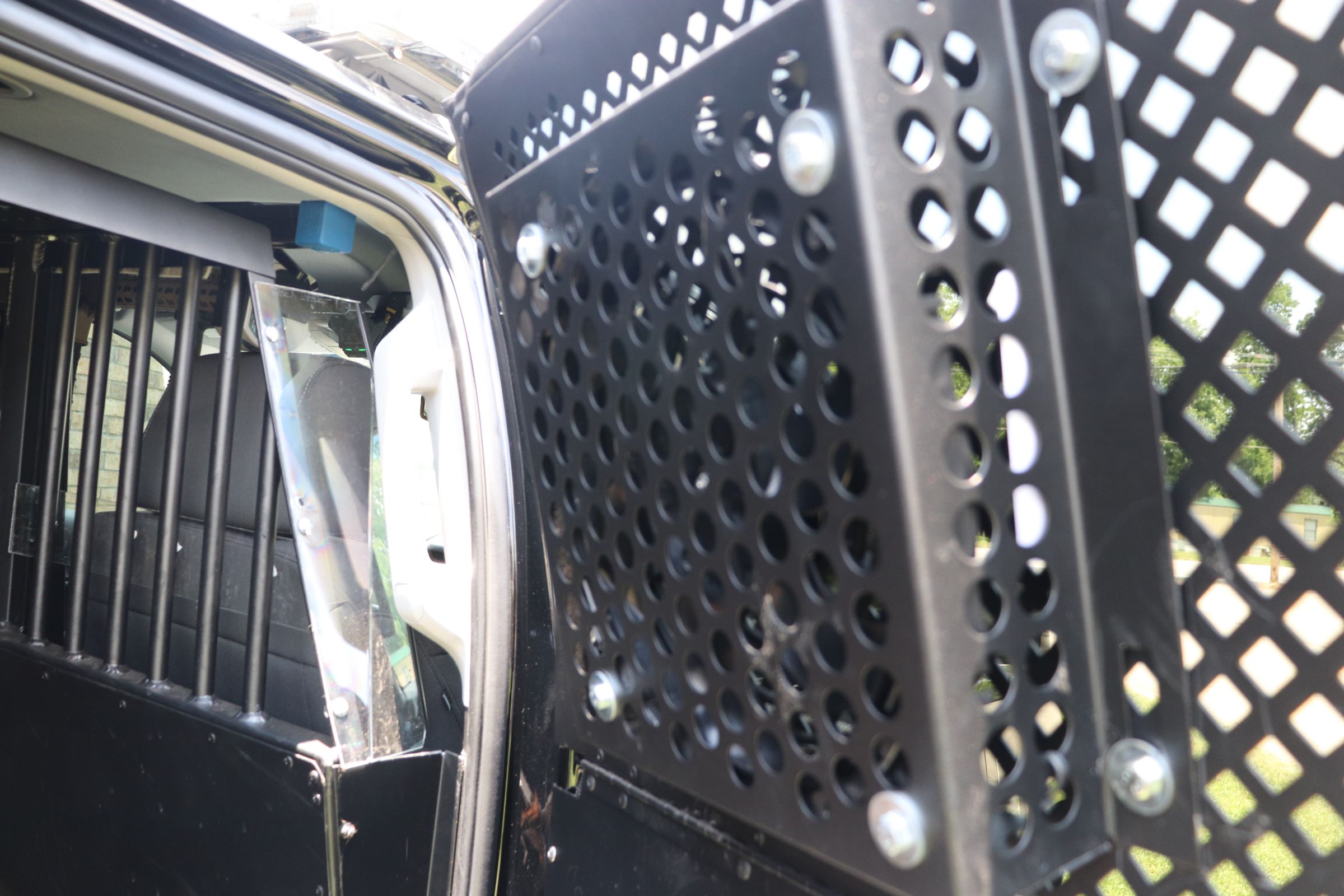 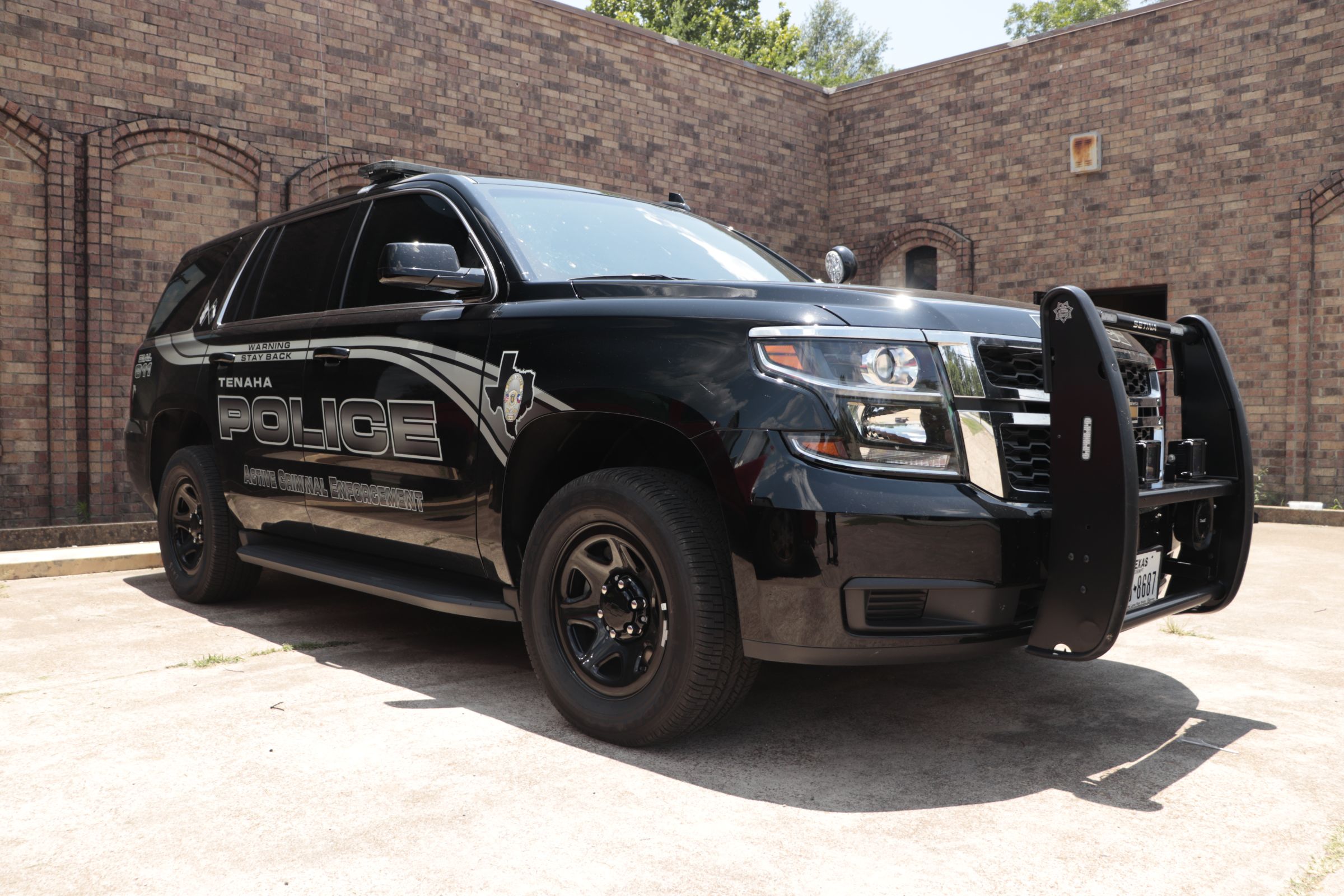 Tenaha PD Vehicle
The vehicles are on lease with the Tenaha Police Department though Cap Fleet Upfitters a company that specializes in replacing, upgrading and supplying new police vehicles.
Read All