The Timpson Fire Department was dispatched to a large grass fire off FM 1970 South at approximately 12 p.m. Tuesday December 12, 2017.  Once the Timpson FD arrived on scene they immediately called for assistance from both Tenaha and Garrison.  The Texas Forrest service was also notified.  The departments were able to save a trailer home but not able to contain the fire before it reached the wood lines.  No structures were lost to the flames.  They spent about 3 hours fighting the fire and 17 acres were burned.  It later was extinguished, and no injuries were reported. 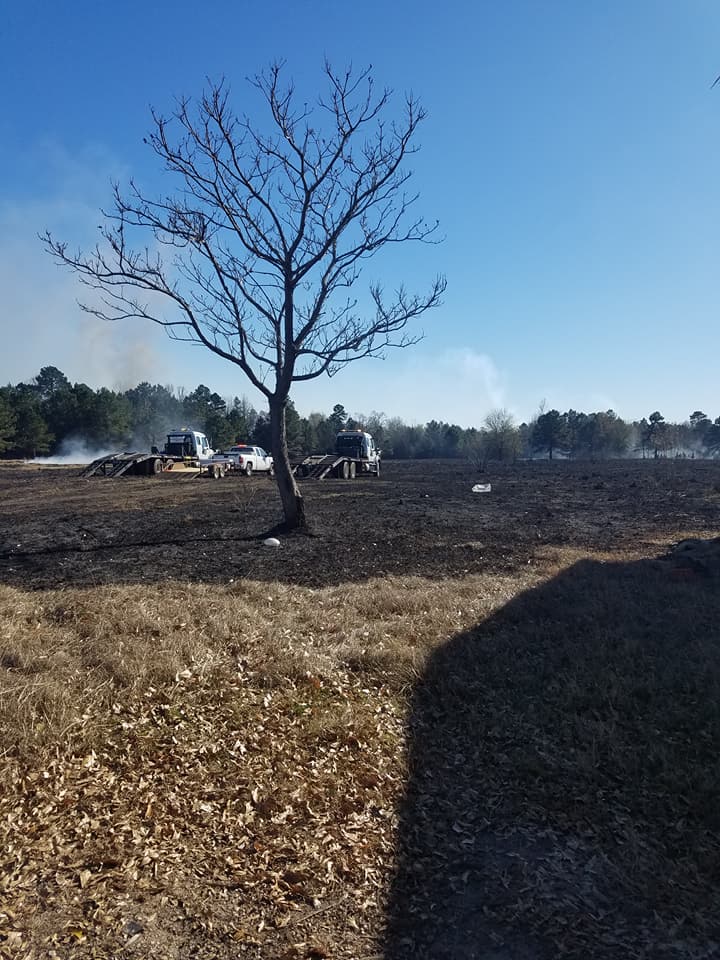