Posted About Five Years Ago by Tom Johnson

Last month was the 19th driest November in U.S. records dating back to
1895*. Outside of the Northwest and the eastern Great Lakes, most of the
contiguous U.S. was drier than average (see Figure 3 below), with large
swaths of “much below average” precipitation. A mere 0.08” of moisture was
observed in Lincoln, NE, from October 15 through December 7; it’s the least
precipitation on record. 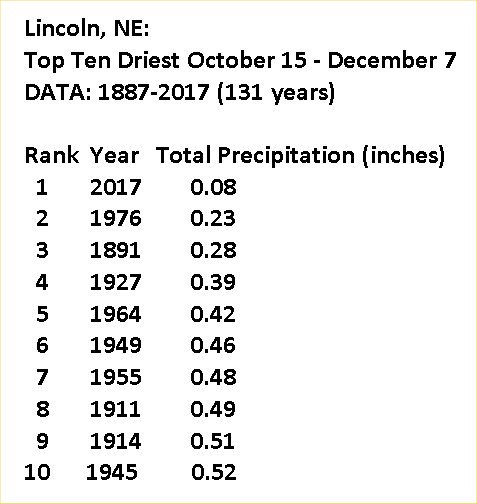