The San Augustine Chamber of Commerce announces a new event to be held on October 13. Crappie Fest 2012. The featured event will be a Crappie fishing tournament opened to everyone, with the weigh in on the Downtown San Augustine Square. Crappie anglers will be allowed to fish Toledo Bend, Sam Rayburn, or public waters in San Augustine County.  The Crappie tournament is sanctioned by the National Organization Crappie U.S.A. with the winners automatically qualifying for the National Championship. Anyone interested in participating or wanting additional information can contact Dennis North at 903-930-5460, Tracy Cox at The Chamber of Commerce 936-275-3610 or Terry Sympson at Jackson Hill  Marina 936-872-9266, or you can go online to the chamber's website for complete rules and entry information. The tourney is sponsored by Wulf Outdoor Sports and hosted by the San Augustine Chamber, Xtreme Crappie and Jackson Hill Marina. 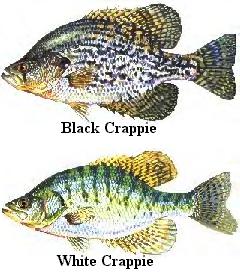