Posted About Five Years Ago by Nacogdoches Chamber of Commerce

League City, TX—Local Chambers from across the state of Texas convened on June 20, 2017 for the Texas Chamber of Commerce Executives (TCCE) Annual Excellence Awards.  The awards honor organizations for exceptional efforts in marketing, communications and media outreach.  Awards are judged in seven separate categories:  Social Media Marketing and Communications, Brochures, Chamber Map, Magazine or Community Guide, Print /Electronic News, Outstanding Chamber Website, and Outstanding Traditional Marketing Campaign.
In the category of Magazine or Community Guide the Nacogdoches County Chamber of Commerce was honored as the best in Texas, winning first place for its 2017 Official Nacogdoches Guide & Chamber Directory. The publication is produced by media partner Point A Media based in Nacogdoches.
“This competition brings out the best of the best from chambers of commerce in Texas,” said Page Michel, TCCE Vice-Chairman of Communications, whose division oversees the process.  “The process is rigorous and quite competitive given the number of entries and the exceptional work presented by each. Rest assured this year’s winners demonstrated their best.”
The overall competition had more than 200 entries from which the best were judged by panels of experts in the specific field around the state.  “This honor demonstrates the incredible work done by the Nacogdoches County Chamber organizationally and in the community,” said RaDonna Hessel, 2017 TCCE Board Chairman and CEO of the Grapevine Chamber of Commerce.
“The Chamber is often the voice of the community promoting the organization, the members and the community as a whole,” said Hessel.  “By winning this award the Nacogdoches County Chamber can be held up as an example of the best at promoting the Chamber, its businesses and providing excellent information.” 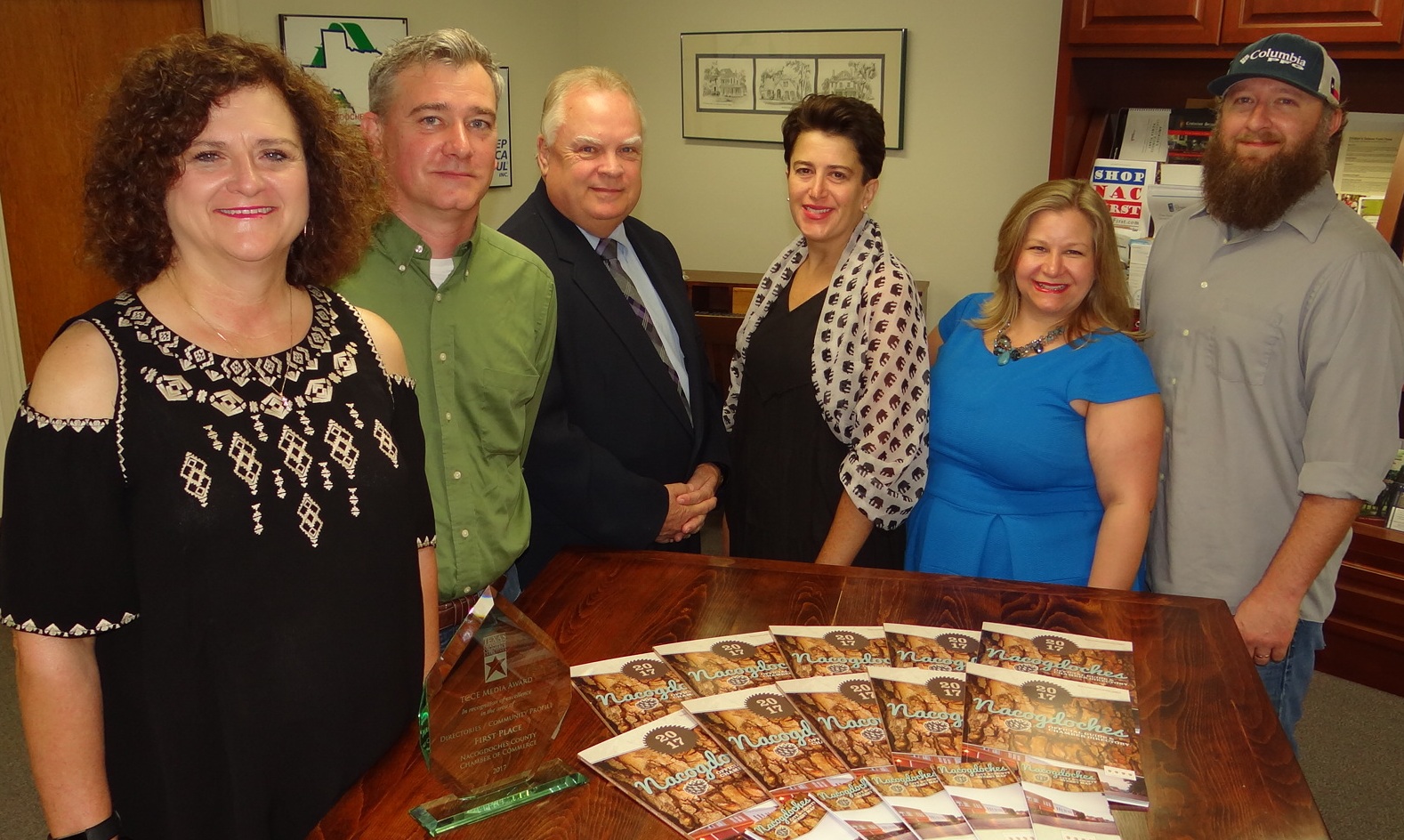