On Wednesday March 22nd at about 9:00 am Christopher Cartwright age 31 from Center entered the Shelby County Court House.  According to the bailiff “He was scheduled to be in court at 8:00 am he showed up shortly before 9:00 am for his arraignment and we were made aware of a dispute at the front door with the security officer.”  The bailiff then came down with several sheriff office deputies and by the time they arrived at the front door he was driving south bond in his vehicle.  Christopher Cartwright was later arrested by the Center police department on charges of possession of a controlled substance.  He has since been transferred to the Shelby County Jail. 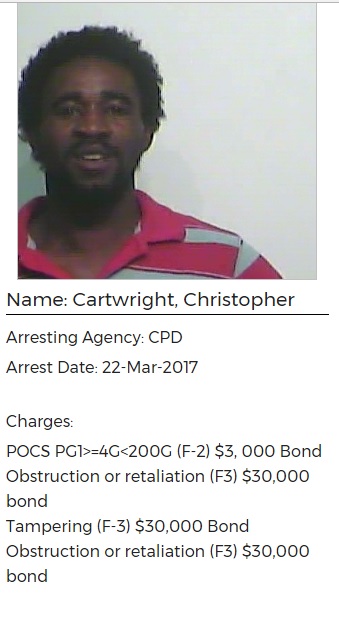