Posted About Four Years Ago by Adam Blaylock

Jacksonville, Texas – The Panola College men’s basketball team defeated
Paris Junior College in the quarterfinals of the Region 14 conference
tournament here Thursday night, 81-64. With the victory, Panola moves into
the semi-final of the tournament. Panola improves their record to 24-7 and
increases their win streak to 11 games. “I sound like a broken record, but
it’s a new person every night who has stepped up.” Head Coach Grant
McMillan mentioned. “We executed the game plan and gave great effort all
game long.” He added.
There were three lead changes and two ties early in the ball game but
Panola gradually pulled away with steady offense and stingy defense. The
Ponies led at halftime, 39-23. Panola stretched its lead to 19 points early
in the second half, 48-29. Paris cut the lead to twelve but couldn’t get
any closer.
Leading the way offensively for Panola was Eric McGill with 20 points.
Keith Hayes added 16 points and Marlon Taylor chipped in with 13. Bryson
Lockley came off the bench and scored 11 points and chased down 8 rebounds.
As a team, Panola chased down 41 rebounds and recorded 17 assists.
Panola takes on Angelina College tomorrow in the Region 14 semi-final.
Tip-off is set for 8:00 PM at the former Lon Morris College gymnasium. 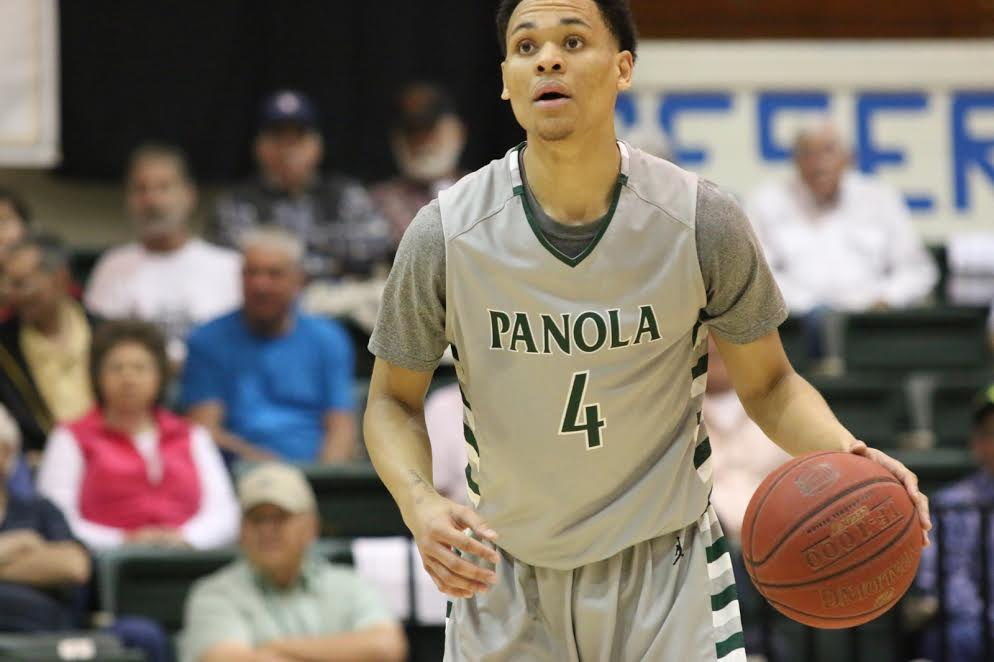