Posted About Five Years Ago by Desoto Parish Sheriff Office

Sheriff Rodney Arbuckle wanted to inform the public of recent drug arrests following operations by the Narcotics Division and the Directed Patrol Unit. 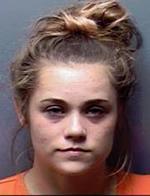 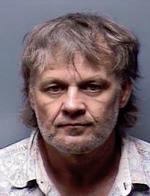 On January 31, 2017, at about 2:06 p.m. deputies working with the directed patrol unit conducted a traffic stop on Highway 84 at the Texas State Line in Logansport, LA. During the traffic stop, deputies identified the driver of the vehicle as well as two passengers, who were identified as Kelly Lovett, 23 of Mansfield, LA, and Chad Pridgen, 51 of Joaquin, TX. Deputies noticed Lovett moving in a suspicious manner. Deputies obtained consent to search the vehicle and located narcotics, brass knuckles, and drug paraphernalia in a purse belonging to Lovett. Deputies arrested Lovett for Possession of Schedule II CDS, Illegal Carrying of a Weapon, and Possession of Drug Paraphernalia. Pridgen was found to have an outstanding warrant for his arrest in Shelby County, TX and was subsequently placed under arrest for them. 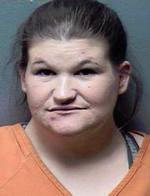 
On January 31, 2017, agents working with the Tri-Parish Drug Task Force conducted an undercover operation while assisting the Louisiana State Probation and Parole office. P&P Agents were attempting to locate a subject identified as Juanita Briggs, 33 of Logansport, LA. Agents were able to locate a residence in the area of Highway 5 in Logansport that Briggs was believed to have been living at. Agents confirmed that Briggs had been living at the residence and obtain consent to search the residence. They located two scales normally used in the distribution and packaging of controlled dangerous substances in a bedroom belonging to Briggs. Shortly thereafter, Briggs returned to the residence and was detained. Agents searched Briggs and located a glass pipe commonly used to smoke methamphetamine. She was placed under arrest for two counts of Possession of Drug Paraphernalia by the Agents as well as a Probation Violation by LA P&P.