Posted About Six Years Ago by Donna Yates 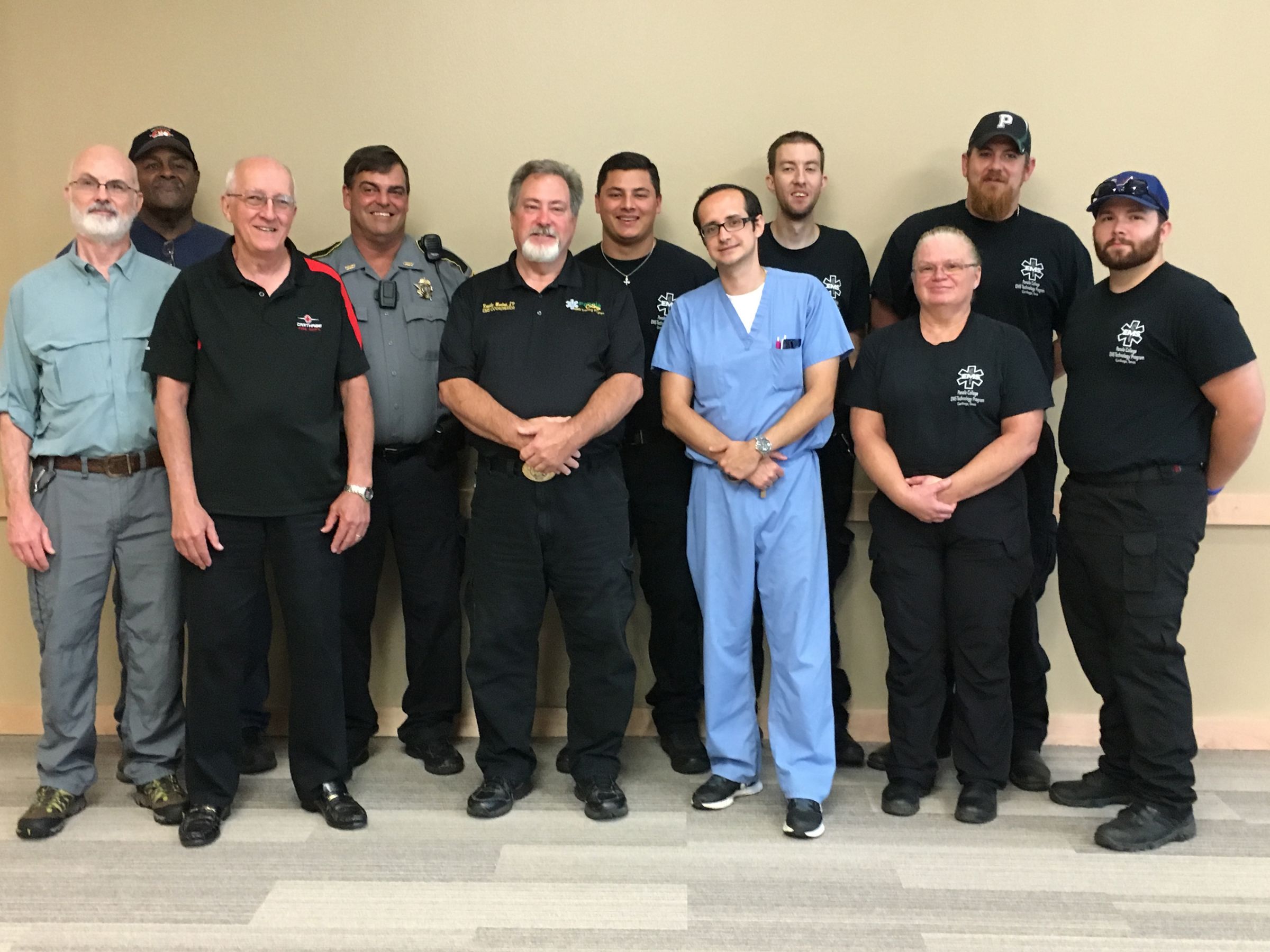 Alex Korniyenko’s shift as a paramedic in New York City on September 11,
2001, was scheduled to start at 11:30 a.m.
“I woke up around eight o’clock and had a cup of coffee. About 8:45, I
realized my phone was bombarded with calls. I looked out of the window and
saw the smoke coming out of the South Tower,” he said.
He immediately called his supervisor and was told about a major deployment.
“We didn’t know if this was terrorism or a tragic accident. I jumped in my
car and drove to the nearest station where I was deployed. As our truck was
going through the Battery Tunnel, the South Tower collapsed. Coming out of
the Tunnel, we could see nothing but white fog. We could smell hot, melted
steel and burning flesh, dirt in the air…you can’t see, you can’t breathe.
All the pulverized glass burned your eyes, burned your lungs,” he recalls.
Korniyenko had been on the job only two weeks when the Towers were hit.  He
had begun studying to become an emergency medical technician when he was
17, and next became a paramedic. He started his education at a community
college, earning an Associate of Science Degree in Emergency Medical
Management, and was working on a bachelor’s degree while holding down a
full time job as a paramedic for the NYC Fire Department.
“I was brand new and very excited. September 11 was a beautiful, sunny day
in New York,” he said. By the end of that day, more than 400 of
Korniyenko’s friends and colleagues had lost their lives trying to rescue
people from the Twin Towers.
Now a cardiologist with Tyler Cardiology Consultants, Korniyenko serves
hospitals and clinics throughout the East Texas Region, including making
several visits a month to ETMC-Carthage. He shared his September 11
experiences at the Panola College Lunchbox Lecture on Tuesday, Sept. 6.
On Sunday, Sept. 11, the 15th anniversary of the terrorist attack, he will
attend a reunion of first responders in New York City.
“It will be part of the process of healing,” he said. “Every day, we need
to appreciate firefighters, police officers and other rescue personnel.
They do an excellent job, day and night, as they are protecting us.”
He said the only reason he is here today is because his shift did not start
until 11:30. If he had been on an earlier shift, he might have been inside
the South Tower when it fell.
“Nobody thought the building could collapse. When triage happens, when you
take the injured to be treated, we had it set up by the building.
Firefighters went into the building with no fear that the building could
collapse,” he said.
“When the South Tower collapsed, that’s when we realized the extent of this
well-planned terrorist attack.”
At that point, the rescue operation changed, and workers started pulling
people farther back away from the buildings.
“The planes had so much diesel, so much burning fuel, that the buildings
collapsed like dominoes, floor by floor. It wasn’t something anyone would
expect or could have predicted. After the second building collapsed, the
rescue changed. We knew there would not be that many people who could be
rescued. Because of all the hot metal, all the fumes, all the gases, the
temperature of what was under the buildings was thousands of degrees. If it
was able to melt the buildings, you can only imagine what would have
happened to the people underneath,” he said.
Korniyenko said the rescue teams never gave up hope. Throughout the
remainder of September and October, rescue crews were on the scene with
dogs and trucks, hoping against hope to find survivors.
“At that point, deep inside, we knew that whoever was going to come out had
come out, and whoever was left behind, probably was not coming out. But we
never gave up hope,” he said.
Korniyenko said we will always remember the 2,500 people who went to work
that day and never came home.
“I don’t have much to say, or maybe I have blocked out some of the details.
Some of it should not be told. I hope you can understand what we went
through that day. I want you to pray on September 11 for all the people who
were lost, because unity is what makes us stronger,” he said.
Read All