Posted about five years ago by Don Clinton

Panola College was well represented at the College National Finals this
year!  Current student Fulton Rutland, of Stillwell Oklahoma after sitting
in the number one spot most of the week ended up third in the Nation in
bullriding.  Panola College's alumnus Wyatt Denny, qualified last year
while at Panola and took home a 5th place finish last year, however, this
year he took home the main prize.  Denny was sitting first most of the year
and won second in the first round, second in the second round, and won the
third round and went into the finals with a huge lead on the rest of the
field, and came home with the National Championship.
Panola had three other ex teammates and alumnus that participated in the
CNFR beside Fulton and Wyatt.  They were Randy Meyers bullrider for Texas
A&M Commerce, Gannon Ivey bullrider for Sam Houston State, and Cole Frey
teamroper from McNeese State University. 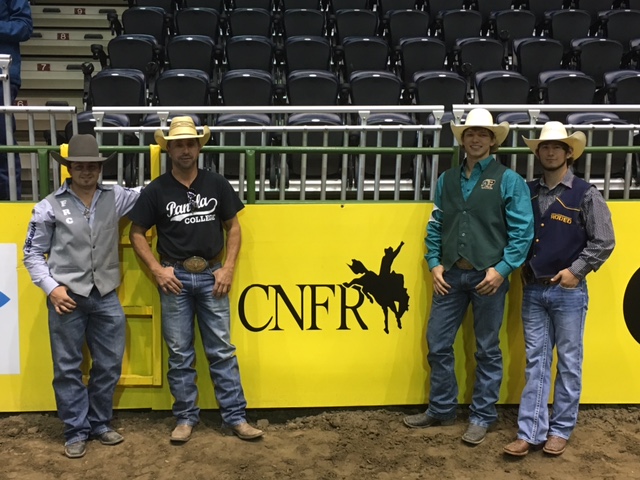