Posted About Six Years Ago by Mid Johnson

Timpson ISD Bear Update
5/11/2016
Timpson ISD Athletic Booster Club Honors Memory of Stanley Burgay –
The Timpson ISD Athletic Booster Club honored the memory of Stanley Burgay at its recent TISD Athletic Banquet.  Constable Burgay was a THS graduate and long-time supporter of Timpson youth.  Athletic Booster Club President C.T. Simpson presented the Burgay family a plaque in memory of Constable Burgay.   Attached is the memorium speech given in his memory at the banquet.
Stilley Selected as Bear of the Year – At the recent Timpson Athletic Banquet, Mike Smith announced Bobby Stilley is the 2015-2016 Bear of the Year recipient.  The Bear of the year is awarded each year to a person who demonstrates loyal support of the  TISD athletes and the school’s athletic program.  Mr. Smith said that if you attend any TISD athletic event you will see Bobby Stilley on the sidelines supporting the team.  As a THS graduate, Mr. Stilley is a true lifetime Timpson Bear and is a dedicated Bear fan, always willing to help, encourage and support the athletes and other youth of the Timpson community.  Congratulations Mr. Stilley!
THS Female Athlete of the Year – Timpson ISD girls athletic coordinator Josh Jourden announced at the Timpson Athletic Banquet that Jasmine Jordon, a senior, was selected as the 2015-2016 female athlete of the year.  This year Jasmine received honorable mention in volleyball, served as cheerleader, received honorable mention in basketball, was a regional qualifier in track and received honorable mention in softball.
THS Male Athlete of the Year – Timpson ISD Athletic Director Kerry Therwhanger announced at the Timpson Athletic Banquet that Chandler Burgay was selected as the 2015-2016 male athlete of the year.  This year Chandler is a senior and was selected to the first team offense in football, received honorable mention in basketball, and is a state qualifier in track.  Coach Therwhanger said the selection process for male athlete of the year not only includes the number of sports the student participated in but also his involvement in school activities, his character and his ability to serve as a role model to other students is an important consideration.  Congratulations Chandler!
Athletic Banqquet 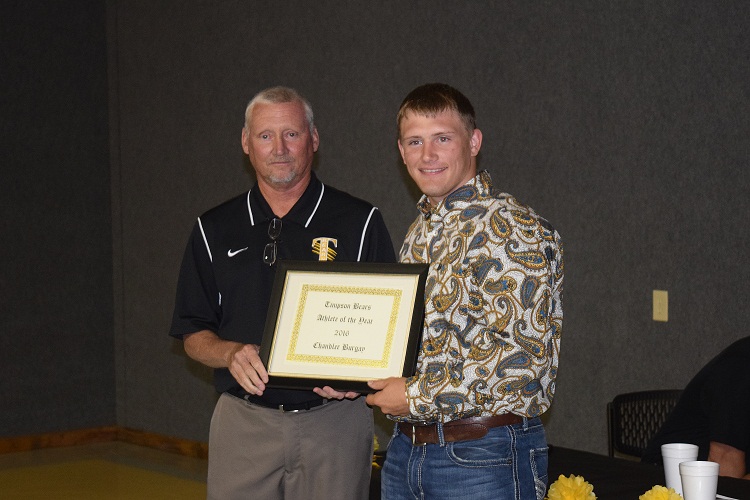 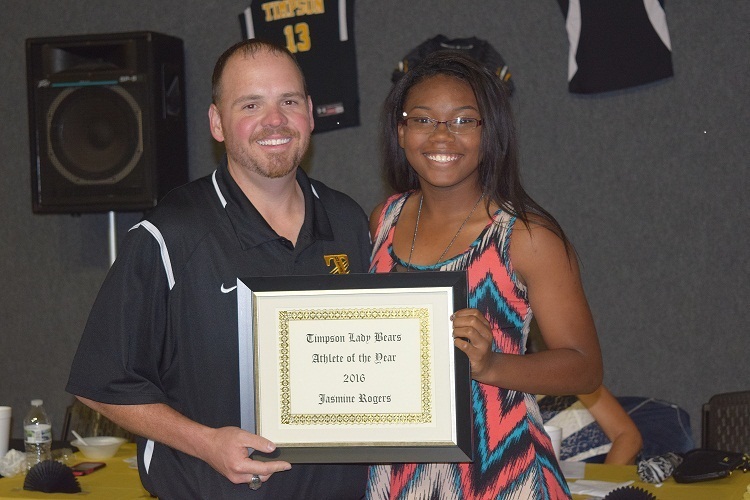 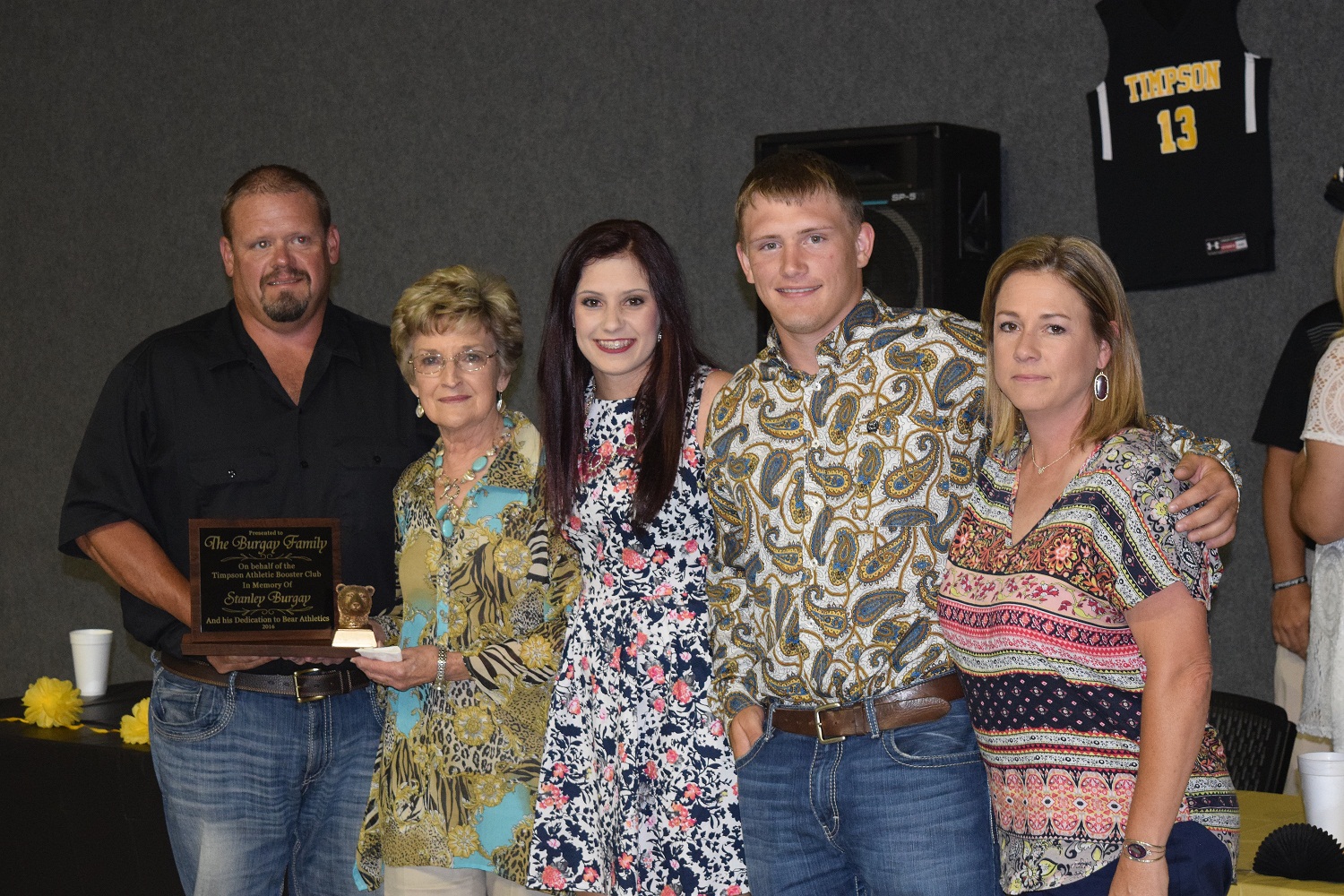 If Stanley Burgay would tell us all just one thing, it would be to honor God, love your family and help your neighbor because that’s what life is about, said his son Stephen, about his Dad, Stanley.
All of us who had the privilege to call Stanley husband, grandfather, friend, father, brother, or law man know not only would he have said this but what Stephen said about his Dad is the best description of how Stanley led his life.
Tonight the Timpson Athletic Booster Club wants to honor and remember Stanley for what he did best – be a role model to all and especially the youth about how we should conduct our own lives and how we should treat others.  He did not focus on his own needs but instead focused on the needs of others.  He had that special God given talent of inspiring motivating, encouraging others and he never left your presence without making you smile and feel better about yourself.  He was a hero to all those who know him but he seemed to have a real soft spot in his heart for young people.  As a former Timpson High School student, athlete and graduate himself, he remained a Timpson Bear his entire life, always willing to help our youth in anyway whether it was serving as Captain of the Timpson High School Association Fishing Club, helping with a meal for the athletes, being the first law enforcement official on campus when there was a need or standing on the sidelines encouraging but never criticizing the players and coaches.
We all know Stanley had a love for fishing but he had a much greater love for people and his Lord and his Savior Jesus Christ.  When I read Matthew 4:19 “And Jesus said to them, follow me and I will make you fishers of men,”  I would think that was Stanley Burgay’s real calling – to be the kind of man by thought, word and deed that not only allowed him to live a Christian life but would inspire others to want to be like him and follow Jesus to live a life of faith.  Stanley truly was a fisher of men.
We can perhaps best honor this great man – this hero to all that knew him- by following his actions and doing for others as he did for us.  By serving others as he served us we will keep his spirit alive.  At this time will all of you please stand in honor and memory of Stanley Burgay – our hero – as a plaque is presented to his family.
Read All