Posted About Six Years Ago by David Alders and Susan Higginbotham 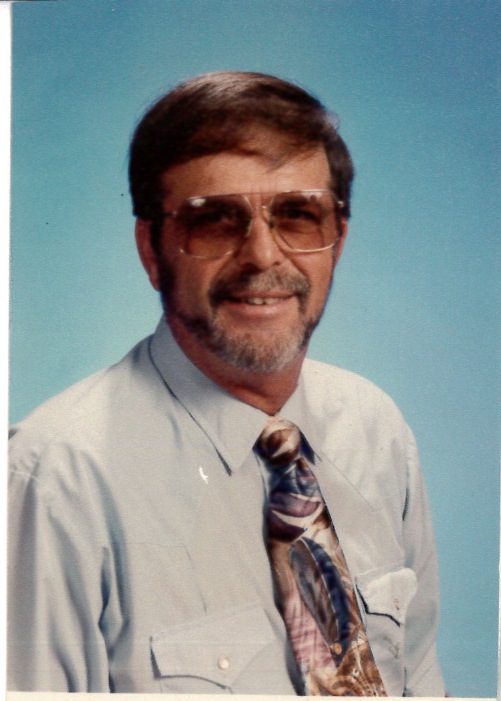 The best educators are those teachers who not only inform and instruct but also train and equip and inspire, those teachers who leave their students on a different plane of ability or understanding as a result of their instruction. The 2016 recipient of the Nacogdoches County Agriculture Educator of the Year award is just such an individual.
For almost four decades, Warner Wilson was a respected fixture in the field of vocational agriculture instruction in Nacogdoches County and across Texas. As the second vo-ag teacher ever hired at Chireno High School in the mid-1960s, Warner built the Chireno ISD agriculture department and FFA chapter into a program that gained renown and innumerable awards, particularly for the quality of its livestock showing teams and the outstanding metalworking and farm shop skills gained by the hundreds of students who enrolled in the program throughout his 38-year career.
The Wilson family has been rooted in the Chireno-area since the early days of Texas’s existence as a state. Warner’s birth in Charleston, South Carolina, in 1943 to W. Percy Wilson, Sr. and Thelma Priester Wilson was the result of his father’s service in the U. S. Navy.  Immediately upon Percy’s discharge from the Navy in 1945, Warner’s family returned to Chireno and the family farm. At 8 years of age, Warner was given an orphaned dairy calf by a friend of the family, and his duty to feed and care for that calf blossomed into a lifelong love for agriculture and animal husbandry. In 1958, he participated in the Houston Livestock Show and Rodeo Calf Scramble and was awarded a certificate to purchase a dairy heifer to be shown at the Livestock Show the following year.  Warner is proud of the fact that all five of his grandsons also were awarded heifers through the HLS&R’s Calf Scramble program.
During his years in high school as a member of Future Farmers of America, Warner’s love for his livestock projects and FFA activities inspired him to make a career of vocational agriculture education. In pursuit of that dream, he received a Bachelor of Science degree in Agriculture from Stephen F. Austin State College in 1965 and later earned his Master’s degree in Education from SFA.
Few people outside the families of high school agriculture teachers understand how much sacrifice is required to perform the job well. Countless after-school hours are required of teachers to effectively train teams of students for myriad leadership and judging contests, to supervise their students’ agricultural projects, to transport and chaperone their participation in district, area, state and national conferences and conventions, and to assist them in applying for awards and scholarships. Warner consistently put his students first, doing all the above and also training them in the classroom and shop so that they would be prepared for prosperous careers and for service to their communities. Many of his former students have excelled in professions from medicine to law to education to skilled trades and have returned to Chireno to express their appreciation for the skills and discipline they learned from Mr. Wilson.
Warner regularly communicated to his students the essential nature of the agriculture industry, telling them to remember always that, “If you eat, you are involved in agriculture!” Under his tutelage, Chireno FFA students consistently excelled in major competitions throughout the State and beyond. By the time of his retirement in 2003, Warner had witnessed his students win every major heifer show in the State of Texas.
In addition to his work as an agriculture teacher, Warner also served as the manager for Attoyac Farms for 20 years. In that post, he managed a farm of 1000 acres and a registered Brangus cattle herd of 100 head.  He also was instrumental in constructing a game fence on the family’s property to ensure a quality whitetail deer breeding and herd management program.
In 1992, Warner was chosen as one of KTRE’s “Nine Who Make a Difference” because of his contributions to the agricultural education of youth. He served on the Nacogdoches County Go Texan committee for 30 years and has served as the mayor of Chireno and as a member of the Chireno city council. He also has served on the Nacogdoches County Exposition Board, the Pineywoods Fair Committee and the Nacogdoches County Steer Show Committee. In 1981, Warner became a licensed Auctioneer, and he has since travelled throughout East Texas conducting youth fair auctions and getting every penny he could for youth projects. He also enjoyed catering his mouth-watering barbeque on his mobile pit built by his agriculture students.
He has been married to his wife, Betty Tackett Wilson for almost 53 years. Together, they have three children, Lisa Henly, a teacher at San Augustine ISD, Susan Higginbotham, Director of Student Information at Chireno ISD and Stephen Wilson, owner of Express Services in Nacogdoches. He and Betty have six grandchildren who all have followed his example and have been actively involved in agriculture. He looks forward to watching his three great-grandchildren follow his footsteps as well.
Warner’s legacy as an agriculture educator will continue for decades to come in the lives and careers of the students whom he trained and equipped and inspired.
--------------------------
The Nacogdoches County Agriculture Committee will honor Warner Wilson as Agriculture Educator of the Year at the Agriculture Appreciation & Awareness Banquet on Monday, April 11 at the Nacogdoches County Exposition & Civic Center. The award is sponsored by Citizens 1st Bank. Gary and Sue Atkins Agricultural Scholarship Awards will also be presented to Nacogdoches County students
Banquet tables and tickets are available. Contact the Nacogdoches County Chamber of Commerce at 936-560-5533 for details. The event begins at 6  p.m., dinner sponsored by Mast Cattle & Timber Investments begins at 6:30 p.m., and the program with keynote speaker Roy O. Martin III of Roy O. Martin Lumber Company is at 7 p.m.
Read All