Posted About Six Years Ago by Sydney Brookshire 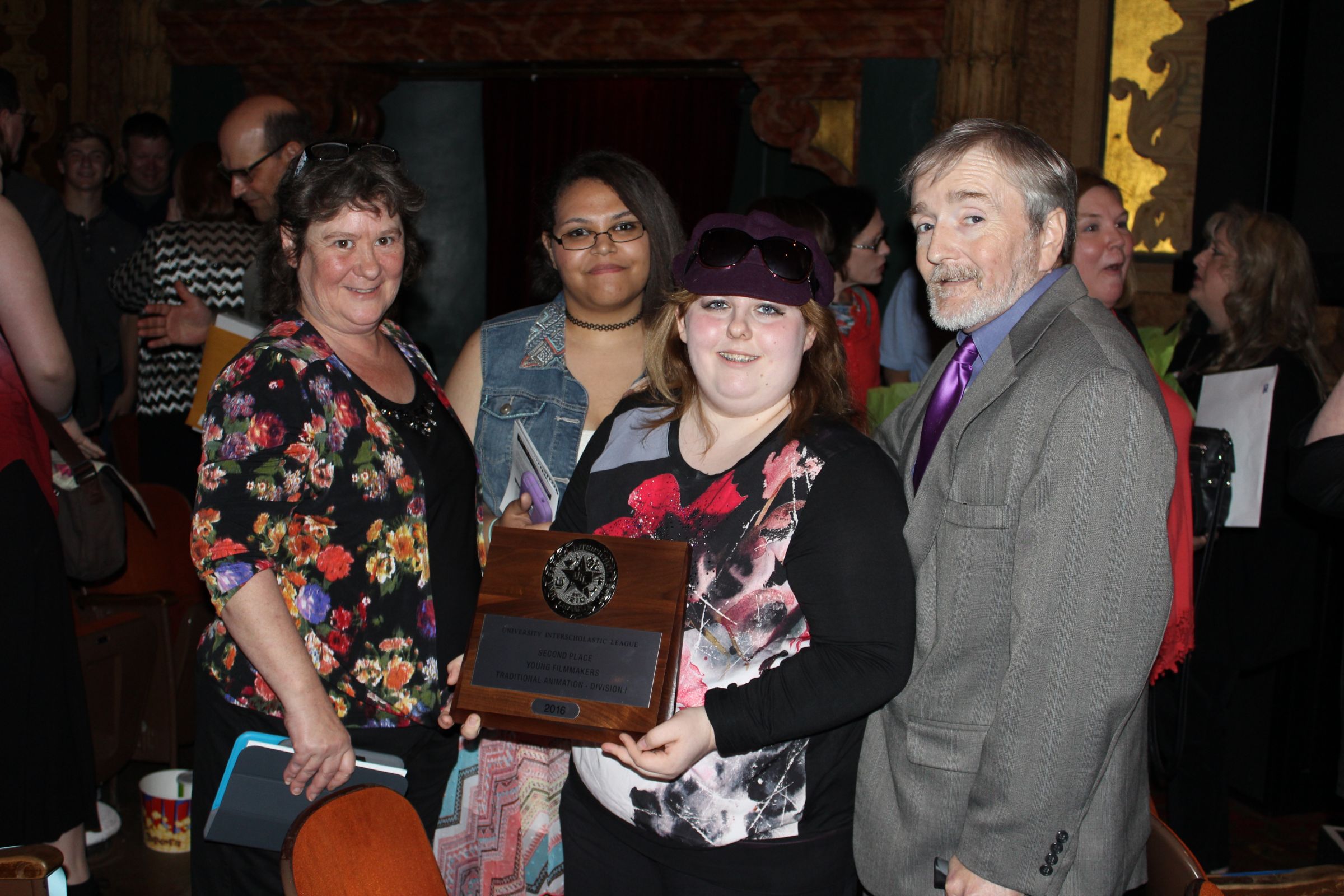 On Wednesday, March 2nd, Center High School junior, Morgan Ray, was awarded
second place for her animated film, Color Creation, at the 2015-2016 state
UIL film contest. Ray is the first student from Center ISD to participate
in the traditional animation category, and the first to make it to the
state competition in filmmaking.
Ray, along with her coach, Adam Ramirez, UIL representative, Kaylin
Burleson, friend, Dominique Bauer, and her parents, Jeff and Jill Ray,
travelled to the historic Paramount theater in Austin, Texas, to the state
qualifier film screening and awards show.
Ray produced her animation by illustrating movement at two frames, or
drawings, per second.  She used pencils and sharpie markers to create
scenes in both black and white and color.
“It’s just a typical animation,” Ray said. “Just draw, draw again but a
little bit different, over and over and over for however as long as you
want it to be.”
Due to several setbacks, the project took almost two school years to
complete, each frame ultimately becoming its own work of art that took
several minutes to illustrate, resulting in a project that took more than
40 hours of work.
“See, if it was just black and white it was probably two minutes,” Ray
said. “If it was coloring, it would have been like, four to five to six
minutes, because coloring takes up a lot of time.”
Graphic Design Instructor and UIL Film Coach, Mr. Ramirez, helped Ray by
encouraging her and allowing her access to equipment.
“He played a big role because I used his computer,” Ray said.  “He always
made time for me to get on his computer, and scan, and put on the iMovie,
and adjust some pictures in photoshop.  He was the equipment man.”
Ray, who has won several awards for her art through the Beta Club and the
Lufkin Art Guild in both middle school and high school, was glad to have
her parents attend the event.  Her father was a particularly special guest.
“My dad has always been sick,” Ray said.  “He was always in the hospital
while I was in junior high and below, and winning all of those awards back
then, he missed all that.  That’s why he wanted to come this time.  And he
was just … proud.”
After the judges announced third place, Ray slumped in her seat, assuming
she had not placed in the competition.
“When they said Center High School for Color Creation, I was like,
‘WHAT?’,” Ray said. “I wasn’t nervous at all until they called my name.
I’m glad I got something.  I really thought I deserved like, third place or
below. There were a lot of awesome films here.  It’s an honor.”
Ray has started illustrations for next year’s contest, and plans on
entering a project with Bauer in addition to a solo endeavor.
Video about her trip: https://www.youtube.com/watch?v=RFdC4Y18NjM&feature=youtu.be
Link to her video: https://www.youtube.com/watch?v=0b_L1bW-_xw 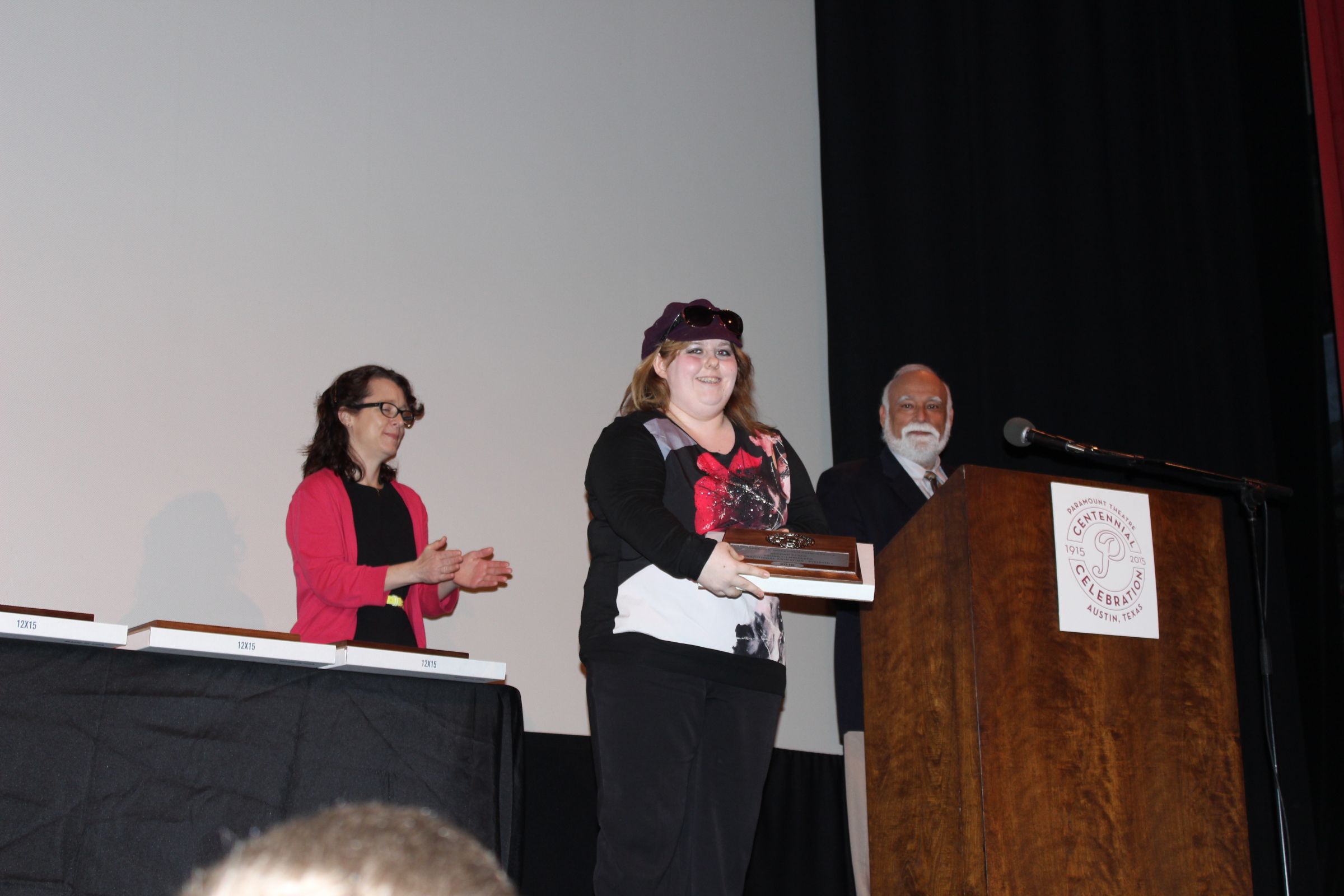 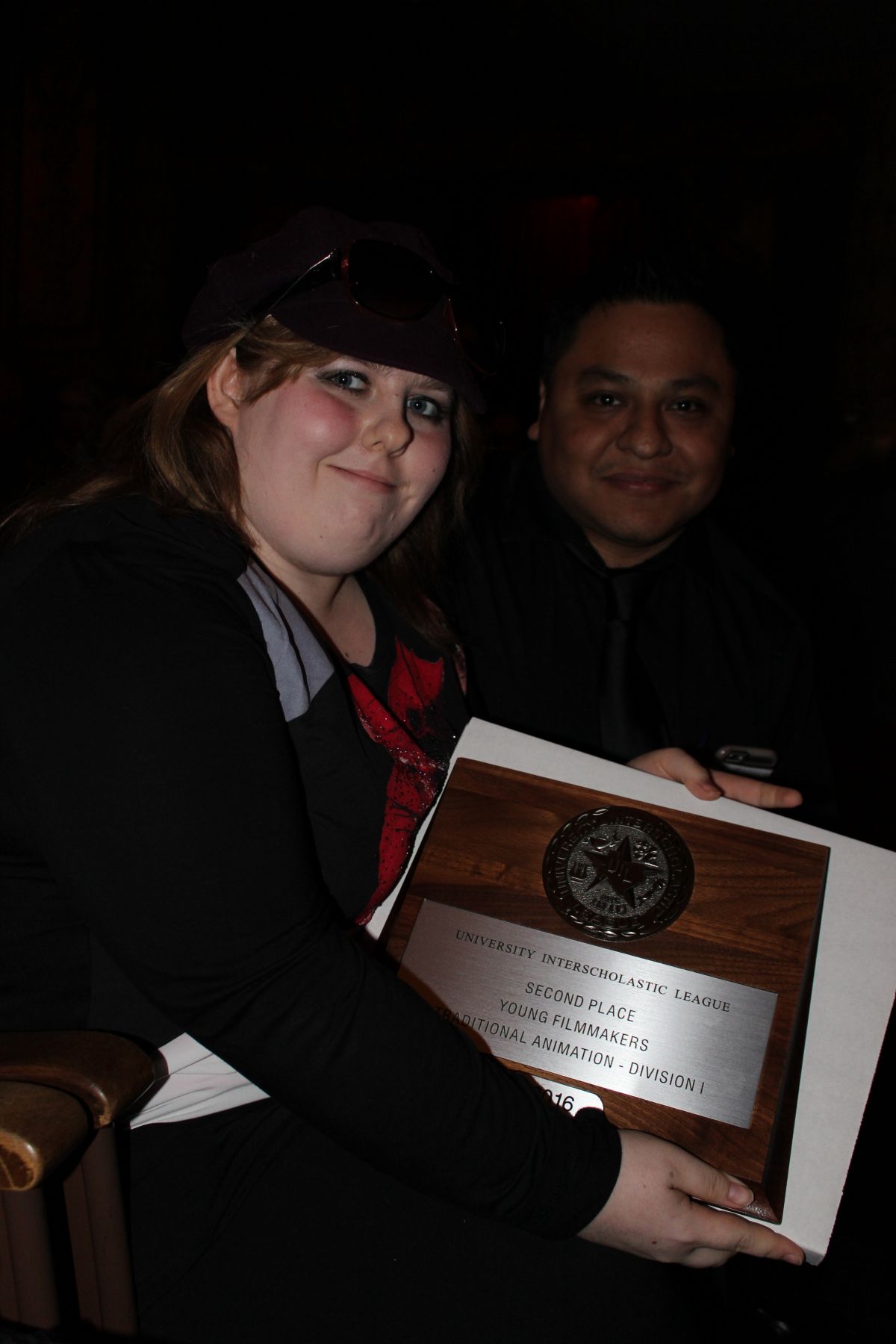 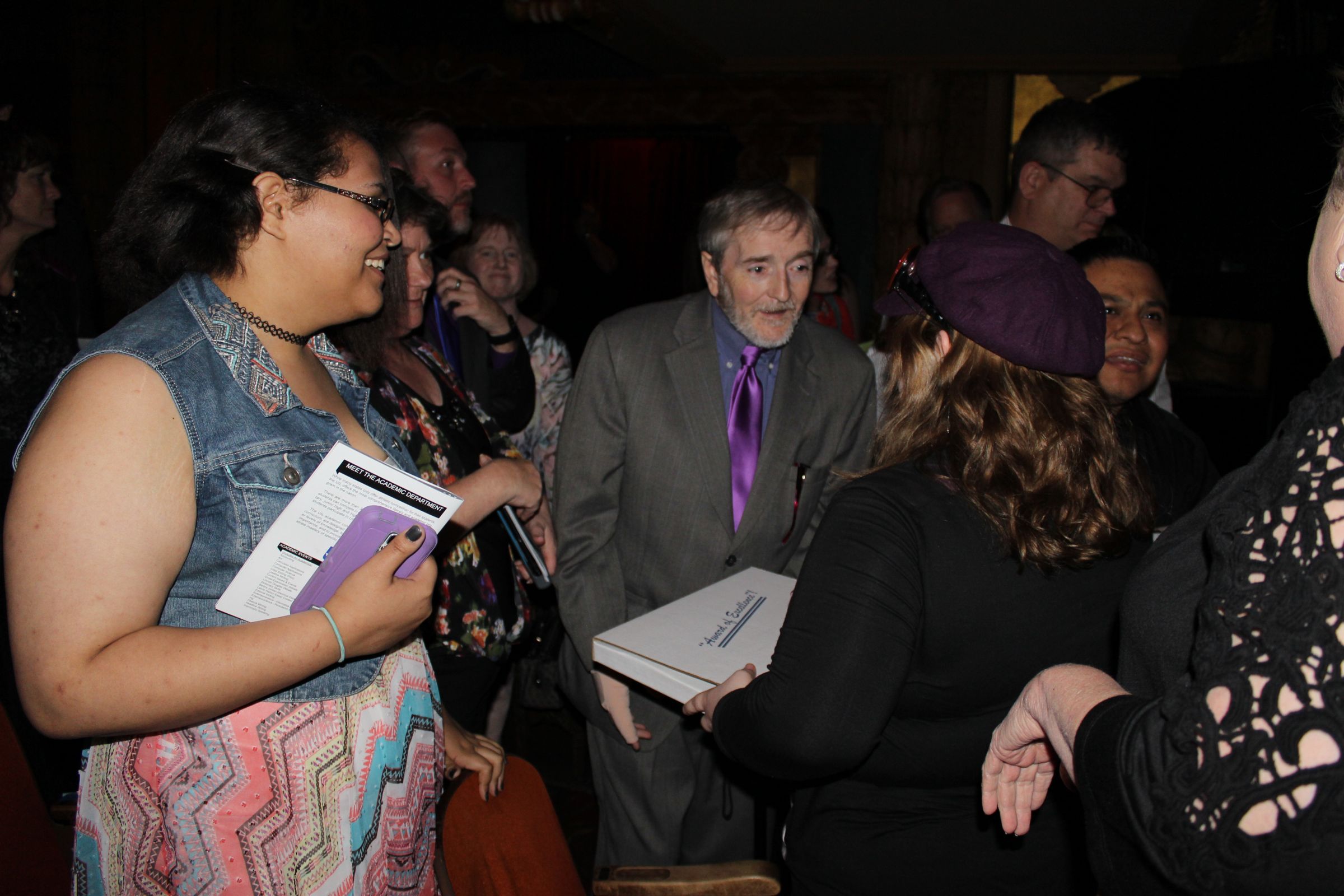