Posted About Six Years Ago by Tom Johnson 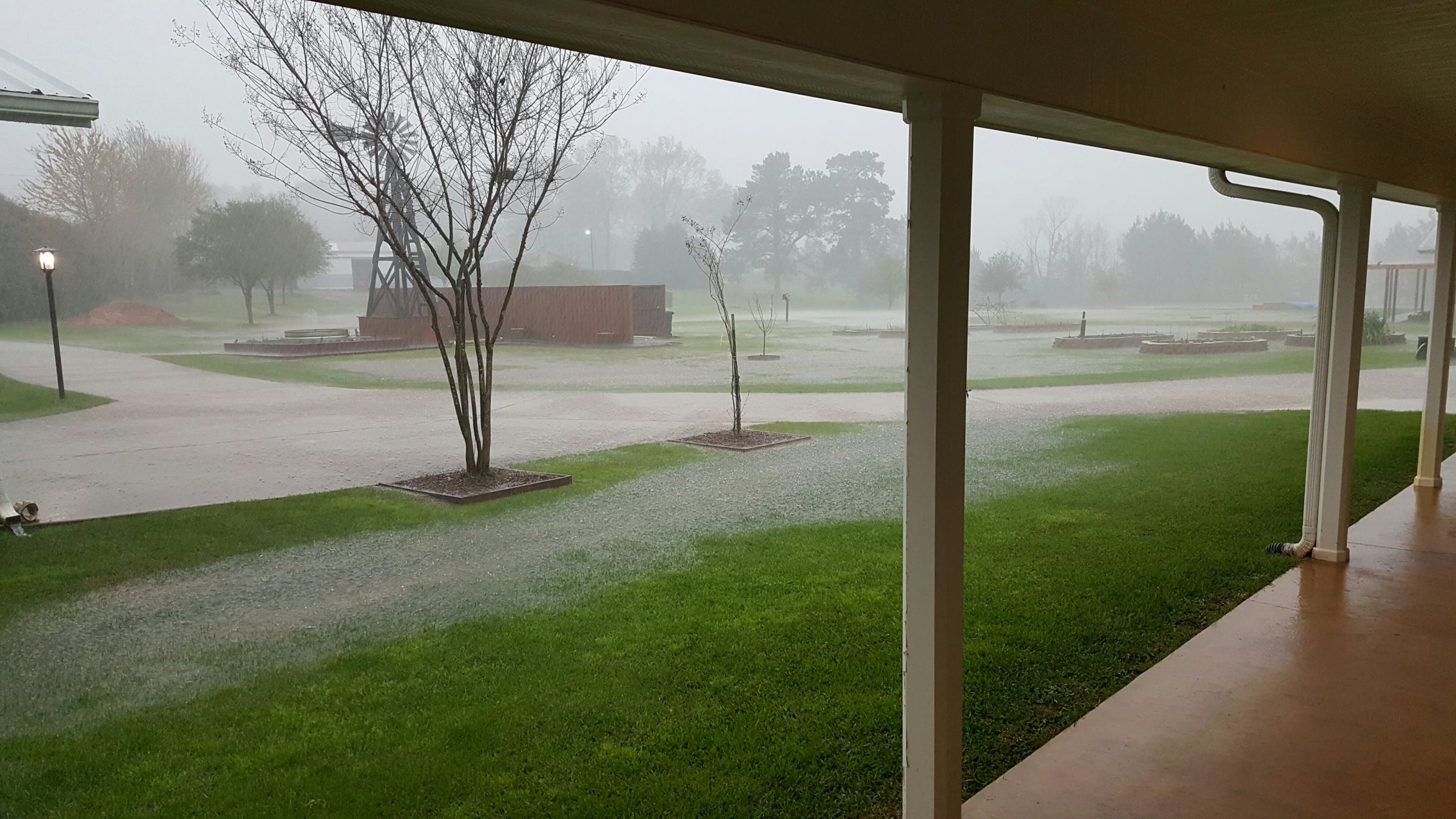 The Rotation is now just south and East of San Augustine with the storm moving in a East North East direction toward Milam, Hemphill, and Many. There is also a tornado warning for Tornado warning Bland Lake Patroon huxley.

Lots more rain coming. The forecast is for more than 6.17 inches today.  Heavy rain will start by 11 am today......and run thru 8 am tomorrow. All due to the first front stalling over us and allowing the rain to continue to train over already saturated areas.  a second front is behind the stalled front, but will not push the first out of our area until tomorrow early am.At 10 pm last night my gauges showed 3.80 inches of ran for yesterday.  Sandy & Tom Jenkins were under the really severe and heavy stuff last night in Patroon and report 5.10 inches for yesterday's total.
... The Flood Warning extended until Saturday afternoon... the Flood Warning continues for the ayish bayou near San Augustine.
* From late tonight to Saturday afternoon... or until the warning is cancelled.
* At  9:15 PM Tuesday the stage was 10.3 feet.
* Minor flooding is forecast.
* Flood stage is 12.0 feet.
* Forecast... rise above flood stage by early tomorrow and continue to rise to near 14.2 feet by Thursday early afternoon. The river will fall below flood stage by Friday before midnight.
* Impact... at 14.0 feet... lowland flooding will slowly decrease during the next few days.
...Very heavy rainfall with continued major flooding to continue...and severe weather also possible today and tonight...Widespread showers and thunderstorms....containing very heavy rain...will continue to move northward across the area today and tonight.
Four State Impacts:
Expected Accumulations: 5 to 7 inches of rainfall expected today and tonight...across much of northern Louisiana and the Toledo Bend area...as well as south central Arkansas. 2 to 5 inches of rainfall expected across remaining portions of the area.
Impacts:  Flash flooding is expected across much of the area today and tonight...especially where additional heavy rainfall moves across areas where major flooding already ongoing...as a result of 5 to 10 inch rainfall totals that have already fallen. Strong to damaging wind gusts and possible isolated tornadoes...in a few of the stronger storms can also be expected to occur...mainly along and south of interstate 20.
Read All