The Panola College men’s basketball team fell to Trinity
Valley Community College in the Region XIV Conference Tournament final,
82-60. With the loss, Panola concludes their season with a 24-9 record. “I
have never been more proud of a group.” Head Coach Grant McMillan stated.
“Our shots didn’t fall the second half of the ball game. With 12 new guys,
this group bought into what we wanted to do and have laid the foundation of
the future of this program.” He added.
After 8 lead changes and one tie, Trinity Valley ended the first half on a
14-5 run to take a 45-36 halftime lead. The Ponies didn’t have an answer to
Trinity Valleys hot shooting in the second half. A nine point difference
was the closest Panola got to Trinity Valley before taking the loss.
Jonathan Wiley (Houston, Texas) was the only Pony to score in double
figures with 15. Devyn Wilson (Brooklyn, New York) tallied nine points and
Terry Holt (Nashville, Tennessee), Tyonte Robertson (Cincinnati, Ohio), and
Charles Tucker (Lansing, Michigan) all netted eight points. Holt had a team
high seven rebounds. As a team, Panola shot an ice cold 31 percent from the
field and 27 percent from three.
The Ponies finished the season 24-9 and recorded 15 wins in Region XIV play. 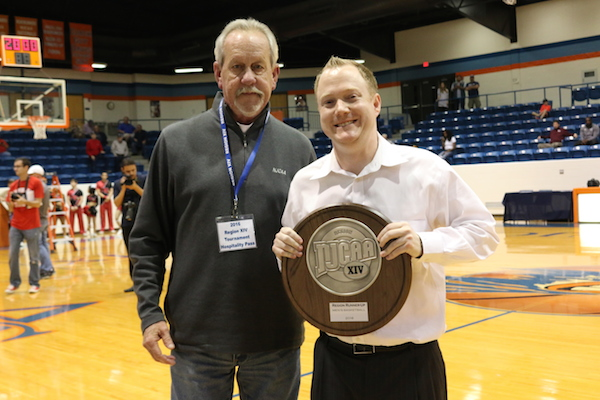