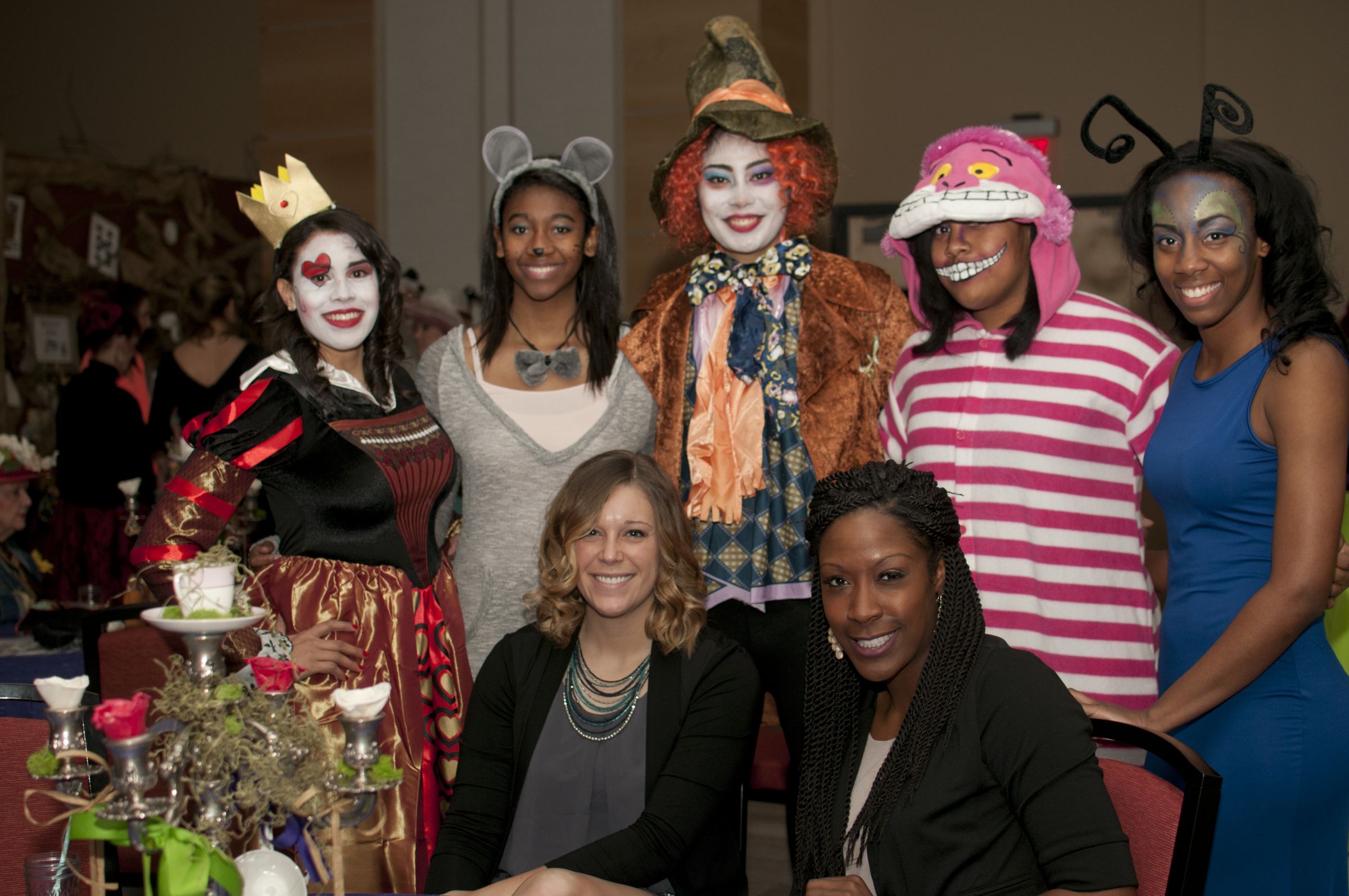 Panola College Foundation recently held its second annual Gala fundraiser
at the Frances B. Ross Ballroom, on Saturday, February 27, 2016. The event
theme,titled the Mad Hatter Tea Party, was inspired by Lewis Carroll’s
book, *Alice’s Adventures in Wonderland*. The evening brought in $34,000,
which will be used towards student scholarships, faculty and staff grants,
and other special projects.
Guests attending the party entered Wonderland through an eight foot long
rabbit tunnel wearing their fanciest, silliest, and craziest hats and were
greeted by characters from the book played by the Panola College volleyball
team. The master of ceremony for the evening was Joshua Carter, and he led
the guests through the highlights of the evening.
Those highlights included fanciful hors d’oeuvres, jazz music played by
Swinghouse jazz band, and several different games for guests to enjoy
including a life size chess set that was placed in front of vintage
couches. Guests were also entertained by a caricature artist who drew
whimsical sketches of the attendees, which produced immediate souvenirs.
In addition to the caricature artist, guests could be found throughout the
evening in the mock casino engaging in games of blackjack, roulette, and
craps. Casino winnings could be traded in throughout the evening for raffle
tickets towards one of several prizes. Raffle tickets could also be
purchased outright to help towards the fundraising goal.
Throughout the evening Somer Page Photography, took numerous photos of the
event and guests to capture the memorable night. Guests also enjoyed a
silent auction of more than 40 items that held one-of-a-kind pieces, such
as a painting commissioned specially for this event by Vanicka Newell,
owner of Kings Antiques in Shreveport and 4 field box tickets to a Houston
Astros baseball game.
Sponsors of the event included the Premier sponsor - Corgan Inc., the Mad
Hatter sponsor - XTO Energy, the invitation sponsor – First State Bank, the
Wonderland sponsor – Hunt Construction, and the Alice sponsor – Lewis H.
Pool Foundation. Other sponsors included the Queen of Hearts sponsors –
Carthage Title Company, Farmers State Bank in Center, and Lewis H. Pool
Foundation. The Cheshire Cat sponsors included Hal’s AC & Electrical,
Brookshire Brothers, General Shelters, Tyson, Smith Equipment, Ace
Hardware, and the City of Carthage.
Read All