A San Augustine County man and woman were arrested last week in connection to allegation he used a stick or tree branch to whip his 7-year old niece, leaving visible bruises on her body.

The incident occurred on Sept. 11, and reportedly resulted from the victim coming home with a “bad color” on her report card.

The little girl told a forensic interviewer she “whupped” by her uncle for being bad at school. Speer allegedly used a stick to whip the girl on her face, buttocks and thighs. Fultz is the child’s mother, and was charged because she did not intercede or stop her brother-in-law from beating the girl.

Child Protective Services notified the San Augustine Sheriff’s Office of the investigation. Cunningham said during the investigation Speer presented a small switch, but there was no way those injuries were caused by a little switch. That’s why he was charged with tampering with evidence.

Cunningham also added Fults was charged with tampering with a witness because she supposedly coached the little girl on what to say to authorities on how she got the injuries. 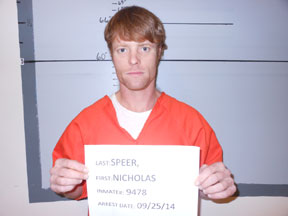 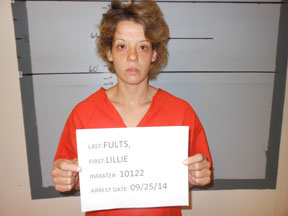