Posted About A Week Ago by Mangum Funeral Home 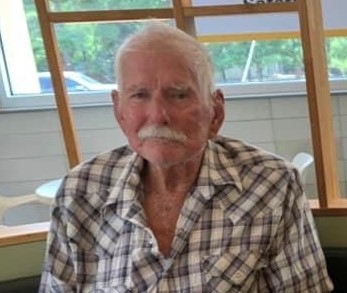 Lloyd Glen Holloway, 82, of Carthage, Texas, passed away on November 13, 2022, in Carthage, Texas. A graveside service will be held at a later date. Details to attend the graveside service will be updated later. Glen was born on December 26, 1939, in San Augustine, Texas, to the late A.L. Holloway and Irene Quinn. He was raised in the Blackjack Community and graduated Chireno High School Class of 1958. It was because of school that he had the privilege of marrying his high school sweetheart, Patsy Jean Balch, on December 3, 1960. Patsy and Glen spent over 20 years together in marriage and to that union they had three wonderful children: Deborah, Stephen, and Wendy. Glen worked as a Diesel mechanic and was just an all-around craftsman. In his older years he found his love for animals and gardening. He loved to sit down and drink coffee while reading his favorite magazines such as Mother Earth’s News, The Farmers Almanac, The Peddler and just the plain old newspaper. He loved spending time with family and friends. He especially loved spending time with his grandchildren, they were his pride and joy. Time spent with family was time cherished. Glen is survived by his daughters: Wendy Wilburn, husband Jason, and their two kids, Holly Wilburn and Lance Wilburn; Deborah Thompson, husband Gary, and their two kids, Shaun Kirk and wife Cyndi, and Monica Kirk; His brother Robert Holloway and wife Beverly; Brother-in-law Harrell Stewart; Sister-in-law Dorothy Holloway; Great-grandchildren: Ryan, Shelby, and Sasha Kirk; Numerous nieces and nephews; And special friends: Betty Runions, husband Bobby, and their three kids, Tara and boyfriend Rogelio, Mangum Funeral Home Laird Funeral Home, Inc. Kierra, and Nathan; Steven Myers; Mike the mailman; Red, his dog; and a host of family and friends that will miss him dearly. He is preceded in death by his former wives, Patsy Jean Holloway, Mary Ann Carlton; son, Stephen Duane Holloway; parents, A.L. and Irene Holloway; brother, Wayne Holloway; and sister, Louise Stewart; his dog Willie; and special friend, “Mama B”. To send condolences or to sign an online register, please visit www.mangumfh.net . Mangum Funeral Home, Center, is in charge of arrangements.