Posted About One Year Ago by Taylor Funeral Home

Wavah Jeanette “Bogue” Benoit, 86 years old, passed away at her homeplace in Timpson, Texas on February 22, 2021. Born November 11, 1934 in Timpson, Texas to Anna Lois “Reeves” Hudson and Horace T. Bogue. A memorial service will be held at a later date. Information will be made available soon.

Jeanette lived a full life and believed in hard work as a rule of thumb, as taught by example by her grandfather John Lumas Bogue. As a young lady she went out into the workforce experiencing many jobs including retail, movie theaters, and grocery stores. In the early 60’s she operated a “Room and Board” house with 17 rooms and housed 32 occupants. In the late 70’s she began collecting antiques and learned to repair antique clocks. She eventually opened 2 antique stores. She was always fascinated with and had a love for restoring old things and finding a bargain. Her husband’s job began to lead them to many different states, Jeanette loved the travels and enjoyed meeting new people. In ’86 she bought a breeder farm and began to learn all about its operations as the owner, working from sunup to sundown. After 10 years she retired back to Timpson. Anyone driving down Rosehill Road might see her out mowing, pulling up weeds, or climbing onto the roof. Strangers wondered who lived on that “neatly kept” property with the sign that read “Nutbush City Limits.”

Her awesome sense of humor attracted many people to her. She was a great mentor, and she was loved by many. Some may feel the mold was broken after this dear mother of ours was born. Such a legacy. Let us add that if she picked on you or had a nickname for you, you held a special place in her heart.

She’s preceded in death by husbands: Travis Kammerer and Rodney Benoit, brothers: Joseph Wayne Bogue and David Bogue, son: Derek Shane Benoit, whom she regarded as her angel who flew close to the ground, and son-in-law: Eric Fox.

To send condolences and sign the online guest book you may go to taylor@taylorfh.net 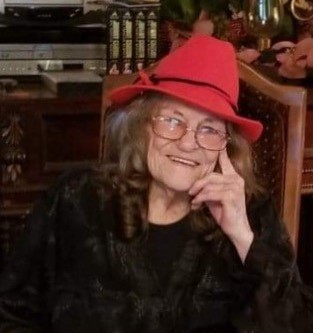