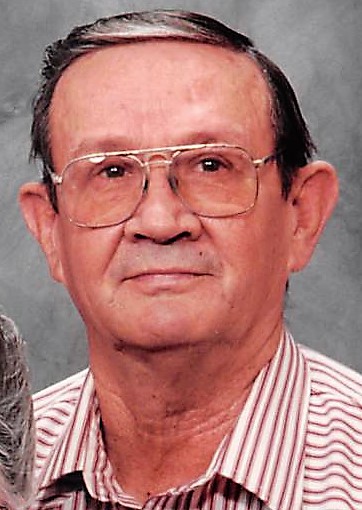 Funeral service will be held at 11:00 a.m., Wednesday, October 24, 2018, at Pleasant Hill Baptist Church in Nacogdoches with Bro. Paul Heuermann officiating.  Visitation will be held prior to service, beginning at 9:00 a.m.

Mr. Stewart was born November 4, 1933, in Corrigan, to General Stewart and Hazel Cook Stewart.  He served in the United States Navy.  Mr. Stewart was a member of Gideon’s International and Pleasant Hill Baptist Church, where he served as a deacon and Sunday school teacher.

He is survived by
Wife: Jo Ann Kirkley Stewart of Nacogdoches

In lieu of flowers, memorial donations can be made to Pleasant Hill Cemetery Fund, 903 CR 141, Nacogdoches, Texas 75965.

Services are under the direction of Garrison Funeral Home in Garrison, Texas.