Posted About Seven Years Ago by Watson & Sons FH 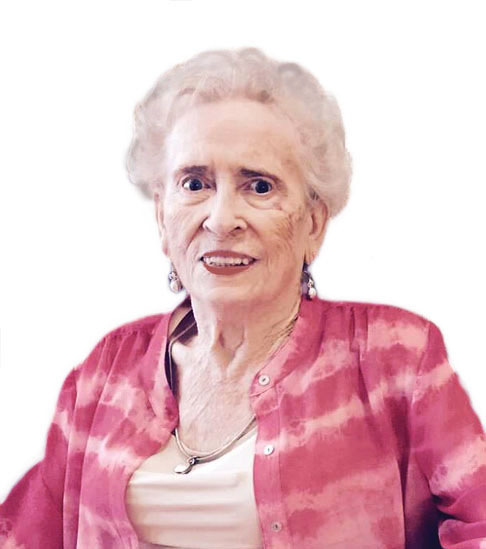 Bobbie Tom (Davis) Tamplin, 90, of Houston, TX (formerly of Huxley, TX) passed away peacefully on April 13, 2016 with loved ones at her side.
A memorial service will be held at Watson and Sons Funeral Home in Center, TX on Thursday, May 5, 2016 at 11 a.m.  Visitation will be at 10 a.m. (1 hour prior to the memorial service).  Interment will follow the memorial service at Strong Cemetery in Huxley, TX.
Bobbie was born in Shelby County in East Texas on September 12, 1925 to Roy and Beatrice “Bea” Davis.  She graduated from Stephen F. Austin University and later continued her education earning a Masters of Education from University of Houston in 1955.
On June 2, 1951 she was united in marriage to Otis Brodie Tamplin.  They were married a month and a half shy of 65 years.
After marriage, Bobbie and Brodie moved to Port Neches, TX to raise a family, with son, Michael “Mike” and daughter, Jane Ann.
Bobbie was an active member and Sunday School leader at First Baptist Church in Port Neches for many years.
She made a career as a teacher for 39 years; teaching at Strong,  Huxley, and Ballard in East Texas, and Bridge City, Port Neches Elementary and Port Neches-Groves High School.
After retirement she and Brodie moved back to East Texas to live in the piney woods near Toledo Bend.  They were active members at Lydia Baptist Church while in East Texas.  In 2008 they moved to Houston to be closer to their daughter.
She is survived by husband, Brodie Tamplin; daughter, Jane Ann Burnap and son-in-law, Walt Burnap; grand-daughter, Brooke Ainsworth and her husband, Ron Ainsworth; many nieces and nephews; and many cousins, all very dear.  She is pre-deceased by son, Mike Tamplin.
The family wishes to thank her doctors and caregivers for their excellent medical care and compassion.  They also wish to thank the kind staff at The Forum Healthcare Center, and the staff and friends at The Village of Tanglewood where they resided for over 6 years.  We are also thankful for the many friends and family that have visited over the years.
In lieu of flowers, the family requests that donations be made to the charity of your choice.
Read All